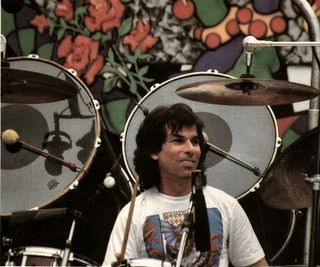 Mickey
Some people don't like Mickey Hart, others, like me thought Mickey Hart was one of the best. Mickey studied Jazz with a Long Island drummer named Charlie Perry, not sure who Charlie Perry studied with but, he is kinda well known in the Jazz arena. He joined the Dead after Bill Kreutzman had been with them a while.

Kreutzman seems to be more self taught, which doesn't make him a bad drummer. Kreutzman has a real groove style, funky and jazzy tight rhythm style. It worked good with the early Dead stuff which was a bit Garage-bandy and bluesy. I read that Hart taught Kreutzman and they both learned from each other. As a duo drum team, they worked well with the Grateful Dead. They describe the Grateful Dead drums as "a dragon chasing it's own tail." My take on the Dead drum flo was that Kreutzman played down the hihat, snare, and bass drum back beats, while Mickey Hart played the cowbell, hi tom toms, and melody lines on the other tom toms. So, it worked good. The beat was tight and Mickey was playing the talking drum parts. 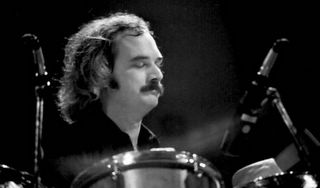 Bill
Now, Jon Fishman seemingly studied drums in college. He trained to play Latin music and jazz. His style reminds me of the jazz fusion drummers of the late 1970's. According to my drum teacher, Fishman worked out of the Gary Chester book that I was using. His drumming style is slightly ZAPPA-esque in that he has classical and jazzy type arrangements. Very orchestrated. The jam in that song Reba is so ZAPPA. If you ever heard the album Lumpy Gravy or early Zappa, the drums sound like a an orchestration of instruments.

The reason some people seemingly don't get Phish, could be because of some of this abstract type of rhythms that Fish provides in the sections in Harry Hood and the spacey shit in Divided Sky. The one thing that I thought was kinda strange was that Fish never really did drum solos. His style was very energetic like he was soloing throughout the whole song, so perhaps that was why he felt he didn't need to do drum solos. For a while, I kinda felt that he was not quite as studied or not quite as world drum-oriented. 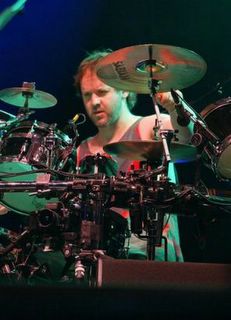 Fish
It takes years of drum playing to integrate musical knowledge. I think that Fishman's style really made Phish unique in a certain way. He used rock beats integrating Latin vibes and his drumming was so tight that it made Phish have cohesion. And, he had more styles that he could integrate from Polka, to Rock-a-billy to Reggae to Bluegrass. He seemingly integrated drum beats and styles of various types of music and it all worked together to formulate Phish's sound.

Fish could play jazz really good. I saw him with the Mandolin Project and he had a lot of knowledge to draw from. Seemingly as he progresses, he may end up being a better drummer than both Mickey Hart and Bill Kreutzman. He is younger than both those drummers. These days I think Kreutzman is now drinking on a beach in Hawaii making digital prints of weird psychedelic images. Not sure what Mickey Hart is up to but it might take me the rest of my life to analyze that guy. Mickey Hart is MR. WORLD DRUMMER MAN. Quite the long term research project.

I need to research Fishman a little more. He is quite eclectic and has many influences. That is why I found Phish to be so coolio...
Posted by Bruce at 4:20 PM

Long live Mickey Hart! Hopefully he and Kreutzmann will continue to get together as the Rhythm Devils and gig some more! While they're at it, hopefully they will get Bob and Phil to join them!

You are so right about fishman's sync....imo Phish would not exist without fishman. I think the band knows this too. all of their great songs revolve around him. And when you meet him he is all about drums(before the show)

From a working perspective Mickey is a huge diva. he gets his own soundccheck day. I do love his sounds though. I helped set up a show with him at the wetlands. He measured every sq inch of that place. Including the bathrooms and the downstairs lounge. Freaky but cool.

Bily laid down the 4/4 for all your favorite tunes....and according to people who know him he likes to take lsd. every day.

Jazz drummer and instructor Charlie Perry whose school/studio was in his Hempstead LI home was originally from Staten Island ---born Charles Perricone,,,