Dylan in the year of white face paint.

Moon Rocks is on one of my favorite "most underrated" albums of all time -- Speaking in Tongues. I have a soft spot for this Talking Heads album and when I first listened to it as a teenager, I had no clue that Moon Rocks would take on a whole different meaning in Phish lot.

It's Sunday and time for an installment of G-Money Picks. Whenever I ask G-Money (@777GMoney) for any music recommendation, he always delivers.

This week's choice... Marvin Gaye from a live performance 40 years ago.

Here's what G-Money had to say:


Marvin Gaye stopped performing live, with just a few exceptions, after his singing partner Tammi Terrell collapsed onstage from a brain tumor in October 1967. But with the success of his latest album, Let's Get it On, in 1973, he agreed to go back on the road in early 1974.

His backing musicians, aka The Funk Brothers, are the same Motown heavyweights that played on his and most of the other Motown music from 1959-1972 (when the company moved to Los Angeles) The playing is great and it showcases a nice but speedy melody of his older tunes as well as many cuts from Whats Going On and Let's Get it On, and those songs are the real gems on this recording.

The show was recorded at the Oakland Coliseum January 4, 1974. 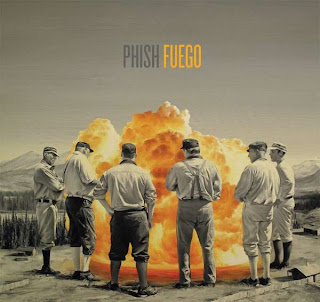 Fuego is the title. Not quite the "Wingsuit" that was presented during Halloween. Missing the cut from the dozen "Wingsuit" tunes: Snow, Pearls of Laughter and You Never Know. They also tweaked the title of Monica and added "Sing" to it. Sing Monica is the lone "pop song" on the album and clocks in at a radio-friendly 3:13.

FYI... read my recap of Halloween 2013 and check out the Wingsuit setlist.

Here's a promo video for Waiting All Night...


Meanwhile, Halfway to the Moon snuck onto this album as the only non-Wingsuit cut. Halfway to the Moon was written by Page and birthed sometime after the Joy sessions. Moon debuted at SPAC in 2010, yet it was slow to develop. It was played only six times in 2010-2011 to mixed reviews, before being benched for all 2012. Moon made a strong comeback in 2013 and appeared seven times, sprinkled throughout last summer and fall, including plus a cameo at the MSG NYE run.

Will this be the last Phish album? I don't know and I really don't care. I don't love Phish because of their "studio albums", ya know? As long as they keep playing (live shows), that's all that matters. But I hope they have one or two more traditional studio albums kicking around inside them, because that means they still have some gas left in the creative tank. Regardless of the nebulous Phishy future... I'm going to savor and enjoy Fuego, because it very well could be Phish's 12th and final album.

LSD Tuesdays: Free Your Mind... and Your Ass Will Follow by Funkadelic

It's time for some LSD-induced music. My bud Shane told me that in the summer of 1970, George Clinton and his band dropped acid and went into a Detroit studio with the intentions of recording an entire album in a single day... but while tripping balls. They pulled off a 30-minute frantic funk album that is drowning in psychedelia

It's Monday morning and I'm dragging ass, so I need a lil something extra to get off the ground. I usually turn to a cover of MC5's classic anthem Kick Out the Jams. Henry Rollins in rare form with the guys from Bad Brains.


And here's the original version by MC5...

It's Sunday and time for another round of G-Money Picks. Whenever I ask G-Money (@777GMoney) for a music recommendation, he always delivers something different and fun.

Here's what G-Money had to say: "It is a great live album, Aretha relating to all the hippie children of San Francisco with a killer backing band including Bernard Purdie, Billy Preston and the Memphis Horns! The covers are really interesting as well. And the last song Spirit in the Dark with Ray Charles is straight testifying."

Check it out here, Side 1 of the original vinyl... 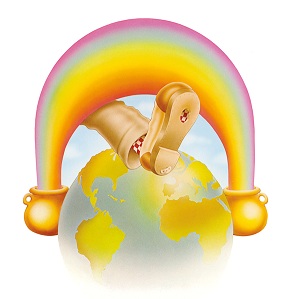 It's the continuation of The Acid Test conversation, which we started last week after I read a book called Acid Dreams. This week's episode of Dope Stories -- Part 2: Furthur -- focuses on the Magic Trip documentary and Ken Kesey's One Flew Over the Cuckoo's Nest. Shane also gifted me a copy of Europe 72, from his a personal vinyl collection, which was super cool.

In the Dope Media segment, Shane suggested Funkadelic's Free Your Mind... and Your Ass Will Follow and I mentioned Pet Sounds and Phil Lesh's autobiography: Searching for Sound: My Life with the Grateful Dead. 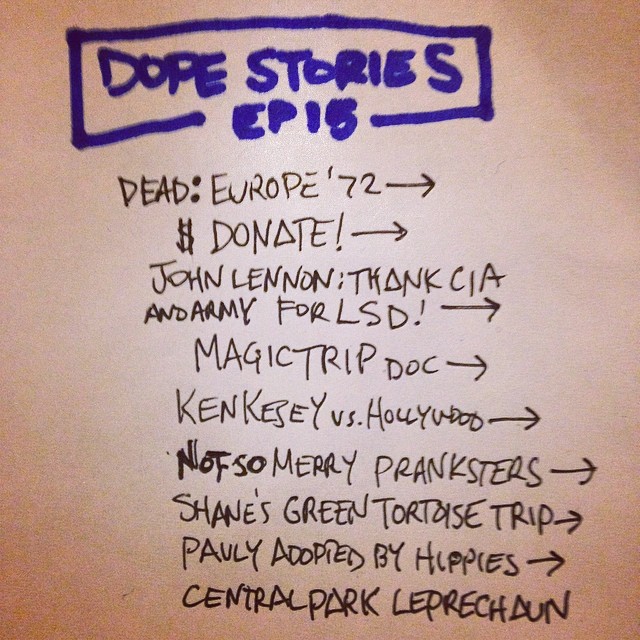 Listen to previous shows and see a full description of each episode, including Broke Stories... DOPE STORIES - EPISODE GUIDE.

Now that we're 15 episodes in (plus a bonus April Fools show), Shane and I added a Donate section and button to the Dope Stories website. Like all of my web-based projects, Dope Stories is a labor of love. But the podcasting format is a significantly more expensive than maintaining a blog. Please consider a donation to help us cover production costs and pay our kick-ass producer (DJ Trent). You pick the amount. Whatever you feel that we're worthy. Thanks for your support and thanks for listening.

Don't forget to subscribe to Dope Stories on iTunes.
Posted by Pauly at 4:20 AM No comments:

Human Agency's new album "The Indigo Hour" debuts in two weeks on May 20th. You can get a free download of Grace here.

Here's a promo video for "The Indigo Hour" that was shot by Nick Stock...


Also... here's a live version of "Grace" from a gig at the Fox Theatre last March...

The Beach Boys released Pet Sounds in May 1966 and it was drenched in so much psychedelia that if you licked the vinyl, you'd actually start tripping balls.

The Beach Boys, especially Brian Wilson, were blown away and deeply affected by Rubber Soul, released the Beatles a year earlier. Wilson, heavily influenced by Rubber Soul, was inspired to top that album. He blew off touring and focused on eating acid and hanging out in the studio. He birthed Pet Sounds. The album title came from a dispute he had with a record exce who thought only dogs would like listening to it. Anyway, like it or hate it, Pet Sounds went on to influence the Beatles, who were in the studio in London working on material that would become Sgt. Peppers. If you dig that Beatles album, then you have to tip your hat to the influential nature of Brian Wilson and Pet Sounds.

This particular track Sloop John B is not subtle at all and pretty obvious it's all about orange sunshine...


The Pet Sounds opening track Wouldn't It Be Nice is a powerful harmonic song, but I'm pretty tilted that I've heard it in a couple of national ads, but it's about the Beach Boys shedding their California girls, good boy surfer image for something a little more dark and introspective...


Here's the ENTIRE full album of Pet Sounds by the Beach Boys... 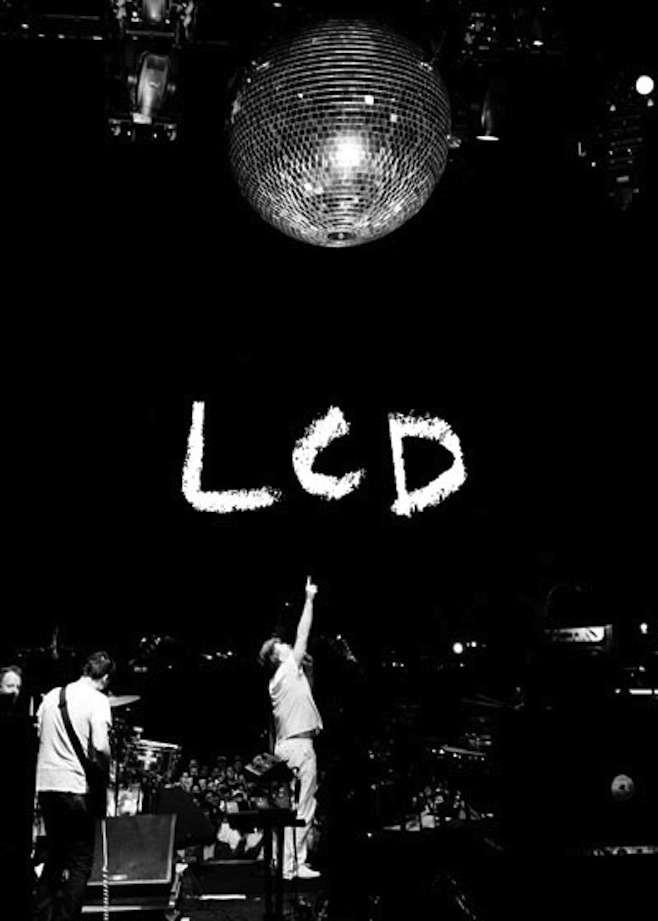 It's Sunday once again and time for another installment of G-Money Picks! Whenever I ask G-Money (@777GMoney) for a music recommendation, he never steers me wrong.

We have two albums by The Police... Reggatta De Blanc and Zenyatta Mondatta. Both loaded with classic tunes, but it's the lesser known tracks that blew me away.

"The Police's first album was punky but starting with this second album, Regatta de Blanc they were all about the reggae grooves," explained G-Money. 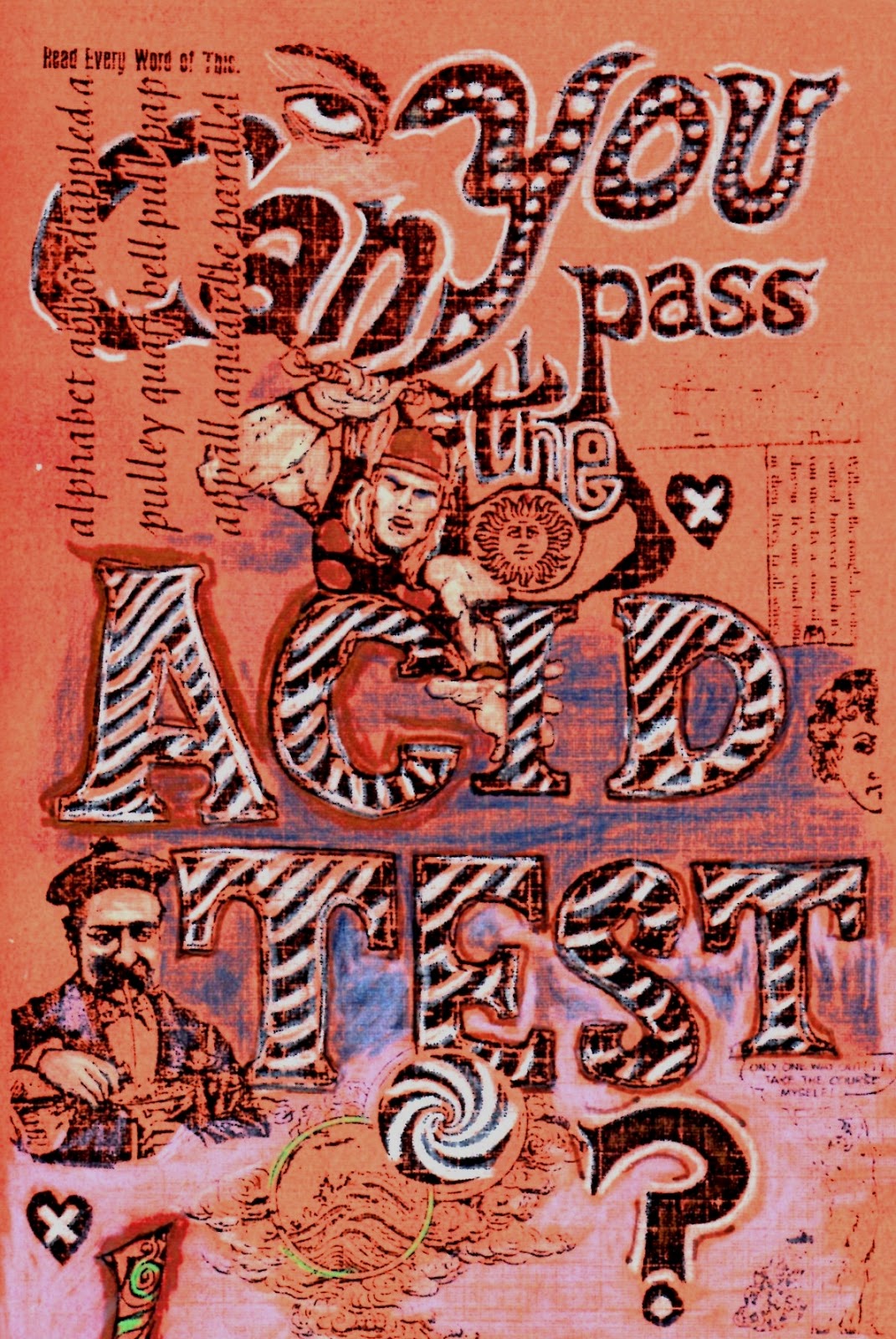 For the 14th episode of Dope Stories, we decided to talk a little bit about a book by Martin A. Lee titled Acid Dreams: The Complete Social History of LSD: The CIA, the Sixties, and Beyond.... which discusses the history of LSD, the CIA's involvement, Ken Kesey's role as a guinea pig testing psychedelics for the government, Neal Cassady driving the Furthur bus when the Merry Pranksters made their cross country journey in 1964, Grateful Dead (Warlocks) playing at the initial Acid Tests, Allen Ginsberg turning on Thelonious Monk to mushrooms, plus Homer Simpson tripping balls when he ate a Guatmaelen chilli pepper. 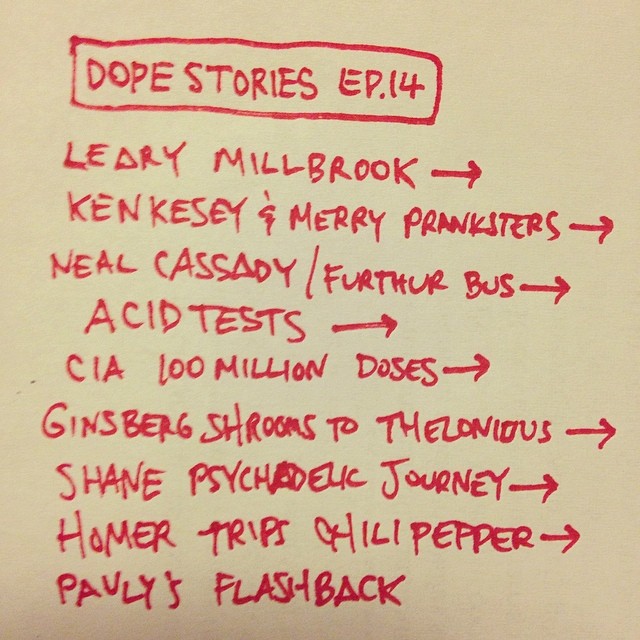 Subscribe to Dope Stories on iTunes.
Posted by Pauly at 4:20 PM No comments: