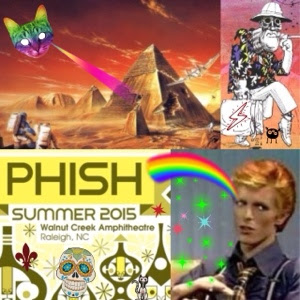 Phish returned to the South for a quick trip to North Carolina for a one-nighter at cozy Walnut Creek outside Raleigh. Phish has been on a tear ever since they left the south in Nashville, so who knows what craziness might go down tonight.

Follow @CoventryMusic for half-baked memes, updates and any links to heady streams. We're also on Instagram too (@coventrymusic).

The return to the South. Raleigh underway at 7:41pm with a slowed-cooked Llama. Southern blues, crunchy, crispy, funked-out Llama. Relaxed pace set the tone for the mellow, casual set... Chalkdust was fun, short and sweet. Fit the vibe for the lazy summer night... Moma funk injection... At the start of Yarmouth there was a second of hesitation, like I knew it was a Gordo song, but didn't know which one because at some point all 3.0 Gordo songs sound the same... Another round of funk injection with Tube. Set the line at 4:44. Came in higher but did not crack five minutes. Funny because it sounded longer than usual... Bouncin is first-ballot Hall of Fame Pauly Takes A Piss Song... Maze seemed slightly futile and never went too dark, nor deep... Waiting All Night felt unappetizing... Lawn Boy sent all the ladies in the house into a titillating, sensual frenzy... Nothing stood out during Devotion to a Dream; time to either jam it out or send it back down to the minors... Another funk-injection and much-needed, energy-booster late in the set with Wolfman's... Wolf jam trimmed to end the set with crowd-favorite Suzy. Hail Mary Suzy? Trey got desperate and ended the set with a 1-2 punch Wolf-Suzy... Solid, mellow set clocked in around 74 minutes, but felt weirdly awkward and reserved, like dinners with the in-laws when I try not to drop any F-bombs or tell more than one dick joke... Were the boys saving energy for Set 2, or was it just going to be one of those chillax nights?... Highly-anticipated Set 2 kicked off with the Wedge, which barely scratched the surface before shifting gears into a new-agey cover... Golden Age was the first time a jam legitimately took flight in Raleigh. Treated with a yummy Melt-like jam out of Golden... Hinted at a Light immersion before it quickly evaporated into Reba. Don't think anyone expected that. Lovely Reba, yet it stayed in this galaxy... So was that first set just a set up for a monstrous Mike's Groove? Mike's was pretty dope because they unleashed their untapped energy reserves with a focused precision nuke strike with Mike's > Ghost weapons of mass destruction... No second Mike's jam, but Trey dove head-first into Ghost and the rest of the band gave in. Dick Cheney woulda been proud about how much shit Phish blew up in Ghost... 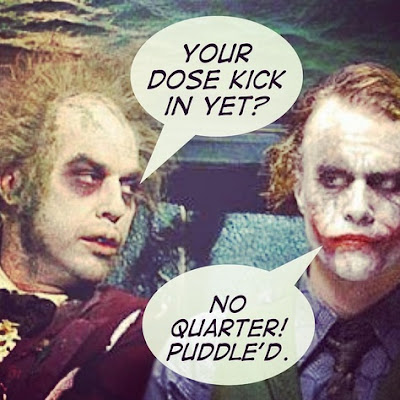 No Quarter. Yep, not a tease. Legit. Kangfirmed. Down the rabbit hole with some Zeppelin sorcery. All the acid-heads got their money's worth. Didn't linger with a NO-Q jam for too long... Weekapaug finished off the high-water mark of the show: Mike's > Ghost > No Q > Groove... Sounded like a fake second Weekapaug jam, but instead Phish launched into First Tube, which ended the second-half of a smoking set... Seemed like they cheesed out with Farmhouse encore. I dig Farmhouse and glad it's back into the regular rotation, but it's not a proper encore song. Thankfully it was just the first of a double-dip... Fire capped off the encore and the show. The ghost of Jimi circling around like a famished vulture. Trey wankage. Lots of it... Show started off mellow. Second set finally got off the ground with a Golden Age jam. You know it's a good night when Reba was one of the lower moments of a set. Ghost-No Quarter stuffed in the middle of Mike's Groove was the definitive highlight of the show and the first thing I can't wait to re-listen to especially that Ghost... Phish finished off its last stop in the South. Next up? Two-night run at Merriweather. Giddy up.

Can't wait to hear the Llama. Thanks in advance for the droids. Daniel, I think you forgot to post the link.

Thanks Phaser. Super quick tonight too. Gotta hear that Ghost > No Q!

@axilla I invented droids Robin... It was @Pauly's picture.

Can someone re-up this plz

Hello Everybody,
My name is Mrs Sharon Sim. I live in Singapore and i am a happy woman today? and i told my self that any lender that rescue my family from our poor situation, i will refer any person that is looking for loan to him, he gave me happiness to me and my family, i was in need of a loan of S$250,000.00 to start my life all over as i am a single mother with 3 kids I met this honest and GOD fearing man loan lender that help me with a loan of S$250,000.00 SG. Dollar, he is a GOD fearing man, if you are in need of loan and you will pay back the loan please contact him tell him that is Mrs Sharon, that refer you to him. contact Dr Purva Pius,via email:(urgentloan22@gmail.com) Thank you.