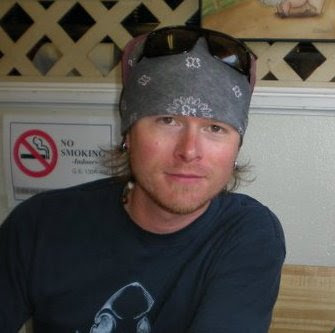 I grew up here in Denver, CO. I was one of two people in my High School who listened to classic rock. The other guy was Barrett Miller (now a taper). Barrett took me to my first Phish show on 11/17/97 at McNichols Arena, and fed me some mushrooms - also a first. Like many people that see Phish for the first time, it was a life changing moment. I started weaning myself off of commercial radio and started exploring the new world of music that I had discovered.

When I was 20 years old, I had become so influenced by Phish that I wanted to learn to play the drums, and start my own jam band. Three years later I started the band Octopus Nebula. I had a great four year run with Octopus Nebula. All I ever wanted to do was to be able to play some psychedelic jams with like minded people in my basement. However, from jamming with Steve Molitz of Particle, to opening for Lotus at the Ogden Theatre here in Denver, I exceeded all expectations of being in a band.
I never really wanted to be a professional musician, so in 2007 I moved on from Octopus Nebula, resumed my career in Telecommunications, and started a family.

Create Your Badge
Posted by jonas0tt0 at 4:20 PM