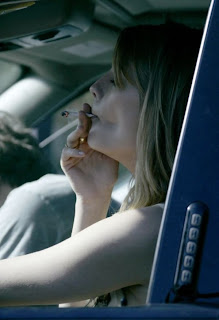 Change100 was born and raised in Los Angeles, CA where she grew up listening to The Rolling Stones, Led Zeppelin, the Beatles and the Doors emanating from her father's record player on weekend afternoons. Her first concert experience was at the tender age of 6, when she saw the Michael Jackson Thriller tour from the sixth row at Dodger Stadium in the pouring rain and fell asleep during "Beat It." A former child star and Hollywood film exec, she's now a full-time writer and marijuana aficionado. Influenced by artists from Pink Floyd and Radiohead to Widespread Panic and My Morning Jacket, she's also an unapologetic American Idol fan.
Posted by Pauly at 4:20 PM