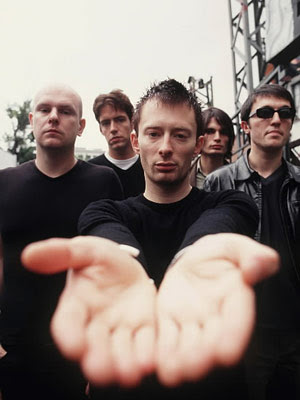 Like Radiohead? Like conspiracy theories? Then check out this link Radiohead: 01 and 10. The Joker tipped us about the article that detailed an intersting theory behind the albums OK Computer and their most recent release In Rainbows.

"There has been a lot of speculation over Radiohead's emphasis of ten surrounding the release of In Rainbows. One theory suggests that Radiohead was typifying a binary code of ones and zeros, 1010101010. This has come to be known as the Binary Theory, also called the TENspiracy by some."

Email ThisBlogThis!Share to TwitterShare to FacebookShare to Pinterest
Labels: Radiohead