There are a shit ton of bands at Bonnaroo. And that's a good thing, right? It may not seem that way in a few days/weeks when they announce the schedule and you find out that (gasp!) Wilco vs David Byrne = epic schedule conflict. But these things are going to happen, especially with so many great artists in one festival. Further problems arise when you check your schedule and haven't heard one note from any artist playing at 2 pm and may be another walk down Shakedown seems like a good idea. Well, it's not. There are some can't miss artists that rarely tour in the US. 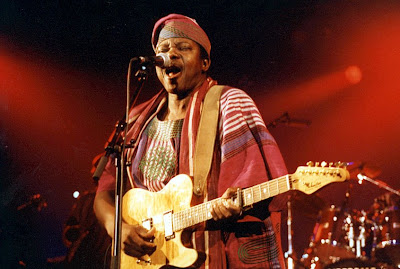 Two artists whose acts will cause you to dance-your-fucking-ass-off are a pair of Nigerians: King Sunny Adé and Femi Kuti.

King Sunny Adé is also known as the Minister of Enjoyment - how sweet of a name is that? His seminal album is 1982's Jùjú Music recorded with his band The African Beats. "Jùjú" is a West African word connected witchcraft and the supernatural. The musical style is poly-rhythmic & heavily percussive; believed to have been created by the Yoruba people of Nigeria in the 1920s. With its roots in folk, Juju music lyrically connects to social and cultural movements - and as such, the live performances are known to be amazing. 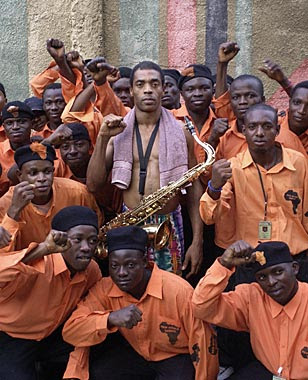 Femi Kuti is the oldest sun of the legendary afrobeat artist Fela Kuti (1938-1997). Femi lived with his father and eventually joined his band, touring and recording with him for the last few decades of Fela's life. Femi carries the torch of the politically and socially charged music of his fathers, although he departs in many aspects. He doesn't keep a stable of women as Fela and carries different religious views. His most recent album released in 2008, Day By Day, is free of long-form songs found on much of Fela's work, but the flow of the record doesnt suffer.