The Day After Barton Hall 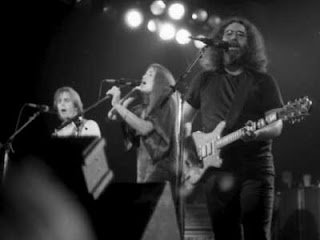 Every Deadhead knows the significance of 5/8/77. The Barton Hall show at Cornell is considered one of the greatest moments in live music history and the night that the Grateful Dead achieved perfection. Let's face it... the entire month of May 1977 was a magical time when the Dead were simply... on fire. They tore it up every night they took the stage.

Anyway, the night after Barton Hall is just as special. Buffalo. May 1977. Sickness. Some Deadheads think that the Buffalo version of Help > Slip > Frank was among the best ever performed...

Set 2: Bertha, Good Lovin', Ship Of Fools, Estimated Prophet, The Other One > Drums > Not Fade Away, Comes A Time, Sugar Magnolia

Email ThisBlogThis!Share to TwitterShare to FacebookShare to Pinterest
Labels: Grateful Dead, May 1977

Also check out the Boston show from the night BEFORE Barton. It's fantastic and there are some good DLs are archive.org