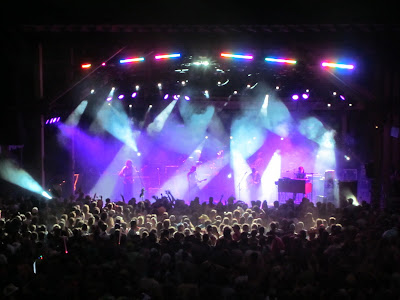 Im writing from Cannon Beach, Oregon where Im trying to catch up a little bit on my sleep. The Sunday Horning's Cheese show was a hot one. Here is the set list:

Set I: Lester had a Coconut1, Rollin' In My Sweet Baby's Arms1, Walls of Time1, Think Of What You've Done1, Six Days on the Road1, Orange Blossom Special1, Fixin' To Die2, Betray the Dark, Yo Se, Lost, Will it Go 'Round in Circles, Looking Glass, San Jose

Set II: Shantytown> Gypsy Queen, Howard, Emma's Dream> Don't Say> It Is What It Is> Eyes of the World3, Outside Inside3
Encore: Best Feeling, Good Times Around the Bend4

The first set was heavy on the bluegrass and had the crowd dancing as hard as they have the whole weekend. The second set Sunday was my favorite set of the weekend. The Howard was incredible and worked the crowd into a frenzy. Eyes of the World with Scott Law on lead guitar was an absolutely beautiful tribute to Jerry Garcia on his birthday and a few in the crowd got emotional. Cheese brought back the lasers and the alien spaceship made another appearance at the end. A fantastic show.

After the show there was not much of a campsite scene, as it seemed most of Horning's was worn out from the weekend. Our crew had brought out a Unicorn pinata that we broke open in front of a crowd of 50 in our camp site after the show. It was quite the funny scene to see each of us take a swing at a unicorn after being blind folded and spun around. Eventually we broke open the pinata and I wore the head on my helmet. 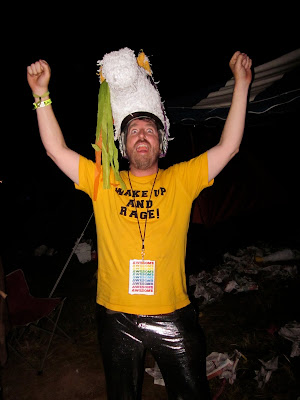 The Horning's experience was awesome. Carrie and I are heading down the Oregon and California coast the next two days- next stop THE GREEK. 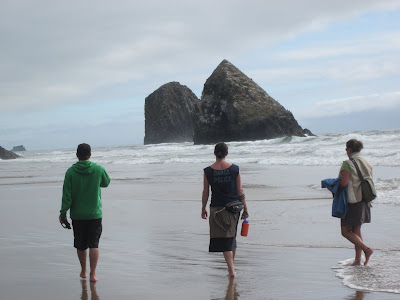 Is that the Goonies beach ?

I havent any word to value this post.....Really i am inspired from this post....the individual who make this post it was an extraordinary human..thanks for imparted this to us. Estate Planning