photo credit: girl i have a blogger crush on

1. With Murph from STS9 on keys
2. With Tweezer Reprise Tease (Phish)

I have been enjoying the iClips broadcasts and its been pretty funny reading the twitters and a few live blogs. I have been very impressed with the coverage over at Hidden Track - Jennifer Kirk posted some awesome pics and summary of day 1.

The kids over at Bizzyblog posted some pictures. Some great pics of Sherwood Forest at night- check out below. Wish I was there. 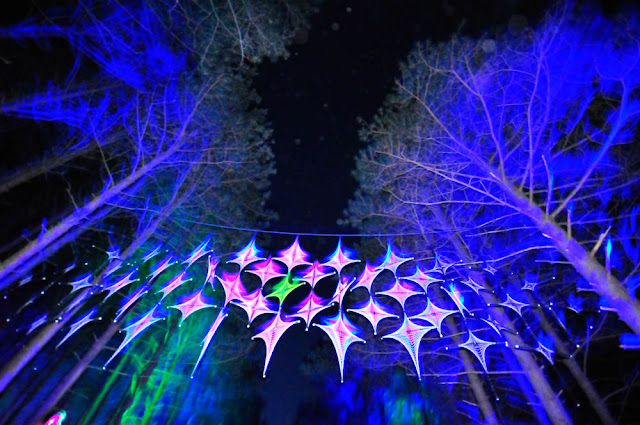 Radio X has been working hard, putting up photos and interviews. Some of the photos are really bad, though. Yep I'm a hater. Unless they are bad because the person that took them was spun out. I get that.

According to the updates on twitter, there were a lot of boob shots on the jumbotron of ladies in the crowd before & during Snoop Dogg. I will be very disappointed if some video does not surface soon. 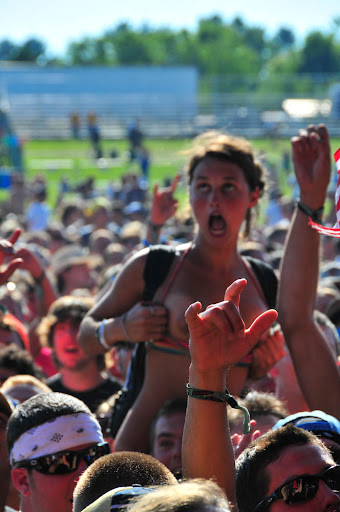 Mlive.com has had some frequent updates via web and twitter, but I have almost had to stop watching/reading them because Troy and John are not heady at all. Apparently no one told them they were attending a Jam Band festival. Still, I don't want to be too much of a hater- at least they are updating and I can get a sense of what is going on at the festival...I just wish they would lighten up.
Posted by the joker at 4:20 AM