On May 23, 2000 Phish played tiny Roseland Ballroom in NYC for a taping of a VH-1 special. The encore that night was Boogie On Reggae Woman. Check it out...

Click here to view Boogie On via RSS or Bloglines
Posted by Pauly at 4:20 PM No comments: 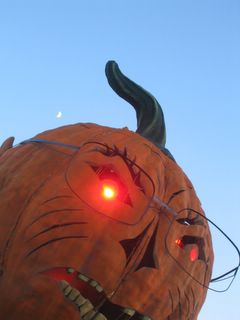 The lineup for Vego 2007ose has been announced...

Stay tuned for more band additions.
Posted by Pauly at 4:20 AM 1 comment:

BTreotch sent me this video featuring Divdided Sky on Guitar Hero. Check it out...

I caught a kick ass show last night at RCMH. The boys were on fire despite the fact that Sunny was absent for another night. He was missed for sure, but the rest of the boys picked up the slack. High energy show.

Set I: This Part Of Town, Climb To Safety1, Dyin' Man, Who Do You Belong To?, Bust It Big> Smokestack Lightning> Blue Indian, Fishwater2, Bowlegged Woman

Encore: Let's Get The Show On The Road2, Rock2, Flat Foot Flewzy2

Setlist courtesy of Phantasy Tour.
Posted by Pauly at 4:20 AM No comments:

The boys are in NYC for the weekend for two shows at the historical Radio City Music Hall. I was flying into NYC on Friday and missed the show. I have tickets for Saturday's gig.

Bruce caught them on Friday and said they were pretty good even without Sunny. His father passed away and he had to miss the show. Here's the setlist:

1: Pleas, Pigeons, Give, Old Neighborhood, Party At Your Mama's House > Ribs And Whiskey, Don't Wanna Lose You, Walk On, Conrad

Had an amazing time at Trancegression this weekend in Copper Mountain, CO. Saw Disco Biscuits, Umphrey's McGee, Zilla, Greyboy All-Stars and Galactic. Check out the videos- they are a mix of pics of friends & concert footage. There is a special commentary by The Joker at the end of Day #2.

Solid show! It was one of two I'll get to see on the summer tour. The other one is at Radio City Music Hall in a couple of weeks.

Highlights in Set 1 included Big Whooly > Cream Puff War and C Brown. Set 2 picked up the pace and Surprise Valley > Low Spark was an intense 15 minute period. I don't get to see North too much, so I was happy.
Posted by Pauly at 4:20 PM No comments: 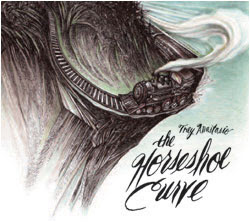 Trey Anastasio is coming out with a new album called The Horseshoe Curve. It will be released on July 24th on his own label... Rubber Jungle Records. The Horseshoe Curve will be an all instrumental album featuring some old favorites.

As a bonus, Rubber Jungle Records will also release the Lucius Beebe EP, a five-song live CD available free to customers who pre-order the album from Trey's online store. The EP features live versions of three songs from The Horseshoe Curve and two songs from Seis De Mayo along with special guest appearances by Jon Fishman and John Medeski.