Posted by Jupiter Bunny at 4:20 PM No comments:

One of my favorite all-time videos You Can Call Me Al...


This was during the pinnacle of Chevy Chase's career when he did Fletch. It was all downhill afterwards. Cocaine is a heck of a drug. 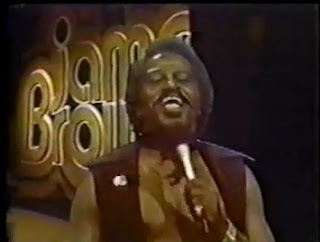 I'm working this morning covering a poker tournament, so I usually listen to Deal by the Grateful Dead to get my day started. Here's a mellow and sweet cover by Nicki Bluhm and her band the Gramblers during something called the "van sessions" that they recorded on the road while driving to/from gigs.


And here's Jerry Garcia with Deal from his own self-titled album. I love the stock footage of gamblers...

Awesome find. Here's a clip (audio only) from Widespread Panic's show at the Roxy in Los Angeles on 11/11/93 featuring sit-ins from Trey and Page as they cover Traffic's Low Spark > Time Is Free JAM > Low Spark.

I'm gonna be slinging catnip on the lot this summer. That shit will make you go crazy-cray-cra if you snort it.

Nothing says key bump better than Lynyrd Skynyrd's That Smell.

Janis Joplin was born 70 years ago today. She died at age 27 in 1970. Here's a glimpse into the epic trans-Canadian tour that was captured in Festival Express (1970) with Jerry Garcia, Rick Danko, and of course Janis.

Jonathan Coulton is a musician from Brooklyn. He recorded a cover version of Sir Mix-A-Lot's "Baby Got Back" that uses a lot of mandolin and significantly reworks the melody.

Glee is a Fox television show in its fourth season. For an upcoming episode, they recorded a version of "Baby Got Back" that sounds eerily similar to Coulton's interpretation.

But before you go all, "wait a minute, this shit happens all the time" and recall David Cook's cover of "Billie Jean" that sounded a whole lot like Chris Cornell's cover of the same song, there's one big difference. Ryan Seacrest & Co. actually acknowledged Cornell on-air. Coulton was apparently blindsided by this news.

Judge for yourself here:

No one did a better Elvis impression than Andy Kaufman.


Elvis' birthday was last week, which inspired a little something I wrote about The King titled... A Tale of Two Elvis.
Posted by Pauly at 3:33 AM No comments:

Shut Up and Listen to the Music Play 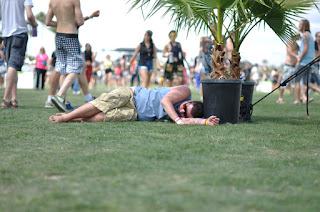 My friend Lori tweeted about this article in Rolling Stone... The 10 Most Annoying Concert Behaviors. It was a good list mainly because I agreed with most of it. Check it out because if you go to a lot of different shows besides Phish, then you've come across at least one of the those behaviors.

The Phish scene got dark at the end of 1.0 and was cast in an eclipse for all of 2.0. When 3.0 began, I was thrilled because mostly everyone grew up and even had children of their own so you had a huge element of mature Phisheads who knew how to throw down hard, but who also had their proverbial shit together.

But now that we're starting year five of the 3.0 era, I can't help but notice how some things will never change... the sad amount people who can't handle their drugs and the loud shithead who won't shut the fuck up at a show.

That's the one thing I never understood. Unless you live in the ghetto, most people are quiet when they are at movies. The audience behaves and respects the filmmaker, actors, and fellow crowd members. I've been to sporting events (tennis and golf) in which there are huge chunks of time when you must remain silent out of respect to the athletes. Yet at concerts, I see terrible displays of rude behavior by excessive talking during the shows.

Phish usually plays around three hours a night. There's 21 other hours that day to discuss whatever you need to discuss. Why wait until the middle of Tube to talk about some hot chick who liked your Facebook update?

And I'm not talking about the back of the lawn where you expect people to not be paying attention. Rather I'm talking in prime locations and general seating. I'm baffled on why people would spend money to get wasted and see a band they don't like enough to talk over it. Thing usually escalate to utter ugliness when the music gets louder and the louder and the drunken asshole or bitch-stick screams to talk over music.

I've written about it enough that I often feel like I'm coming off like a curmudgeon (get off my fucking lawn you barefoot wooks!), but then again I feel as though if more people bring this issue out in the open, then perhaps it will happen a lot less at Phish shows. Clean up the scene by eliminating the chatterheads. And shut the fuck and listen to the music play

Anyway, check out Rolling Stone's The 10 Most Annoying Concert Behaviors.
Posted by Pauly at 4:20 AM 2 comments:

1991. A very good year. October of 1991, Nirvana played a gig at infamous Tree's Lounge in Dallas, TX. This was smack in the middle of Nirvana blowing up with Smells Like Teen Spirit getting heavy air-time on MTV and every kid in America running out to buy Nevermind on CD.

In case you were wondering... Smells Like Teen Spirit begins around 23:40.

Make sure you don't miss a brawl between a security guard and Kurt Cobain....


43:25 Cobain decided to leap into the crowd

43:27 Crowd catches him and the cluster of fans pushes him toward the stage

43:30 a burly security guard gets kicked by Cobain; the crowd grabs Cobain and the guard grabs him too

43:40 Cobain gets dragged back on stage but is on his back

43:42 Security guard clocks Cobain in back of head then kicks him

43:45 Dave Grohl throws his drumstick and jumps into fracas with fans and guard

The machines are taking over. Compressorhead puts the metal in heavy metal. I think if you eat enough ketamine this could sound good.

I'm gonna have some fresh and funky dance moves ready for Phish tour in 2013. Here's James Brown giving you a brief tutorial on Soul Train-era dances like the funky chicken and the camel walk!

Those Brits are fucking weird. Here's Dizzee Rascal and Bassline Junkie. Be careful, this song is ridiculous and catchy especially the line: "I don't need no speed. I don't need no heroin. I don't want no coke. You can keep your ketamine." 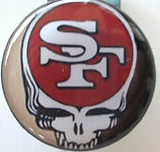 I made a snarky comment on Twitter about watching Colts and Ravens football game on mute while listening to a random Dead bootleg from spring 1977. I cannot stand Phil Simms' horrible football commentary, so I muted him and listened to 4/29/77 NYC at the time but got a few @replies with other Dead suggestions. Here's a few Twitter recommendations that I wanted to share and have cued up to listen in the background watching the football playoffs.

This is the first of a series of videos that we're posting of cute hippie girls dancing with hula hoops.


I'm not gonna lie... I watched this vid 14 times. Thanks to my buddy The Fat Guy for tipping us off.
Posted by Pauly at 2:22 PM No comments:

These phans are lucky Mayor Bloomberg and his shock troops did not detain them for operating a meatstick-type dance without a permit.

Email ThisBlogThis!Share to TwitterShare to FacebookShare to Pinterest
Labels: Meatstick

Page Shows Off His Rig

Leo shows off his gear.

Full show. Thanks to Boog!

This is a link dump to find everything you need to find about Phish's NYE run at MSG...

Phish released that spooky Carini as an official video...


The final show of a four-concert holiday run at MSG...