It's Monday morning. Perfect time for a key bump for a must needed pick-me up, right? You're hating life. You're dragging ass. And you can't wait for summer tour to start. Thankfully, you came to the right place for a boost! Plus, I couldn't think of a better way to piss off your neighbors (or fellow cube-dwelling monkeys) than cranking up Fuck Your Face at full volume.


By the way, this version of FYF appears on the Alpine Valley DVD. Here's my recap from 8/14/10: Alpine Valley Night #1: The Circus Comes to Wisconsin.
Posted by Pauly at 4:20 AM No comments: 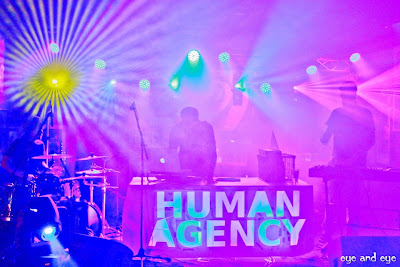 Human Agency released a fresh new track this week featuring their own interpretation of the Four Tet song "She Move She."


These guys will be performing at a variety of festivals this summer including Electric Forest, Sonic Bloom, Desert Rocks, Phibstock, and more.

You can download all of their music for free here: http://humanagency.bandcamp.com/

Happy Monday. If you're reading this, then you're already off to a good start because you came to the right place to kick off your week.

Mr. Fabulous tipped me off to this dynamic cover of Creep by Carrie Manolakos.

Just an FYI... her vocals start off soft and supple but get pretty loud starting at the 2:40 mark.

Giselle Getting Down to Phish

Email ThisBlogThis!Share to TwitterShare to FacebookShare to Pinterest
Labels: Giselle

Levon Helm, the legendary drummer, died today after losing a bout with cancer.

Helm was the heart and soul of The Band. Here's Mike Gordon's thoughts on the influence of Levon Helm and The Band.

Here's their version of Ophelia with Helm on lead vocals. I remember the first time I saw The Last Waltz** when I was 12 or 13, I thought it was fucking rad that the drummer sang.

No other raspy voice like it. RIP Levon Helm.

** The Last Waltz is Martin Scorsese's greatest film not called Taxi Driver. It's also considered by cinephiles to be one of the greatest music documentary films ever created. What's not to like? Flakes of blow dangling from Neil Young's nostrils, a shitfaced and bloated Van Morrison doing karate-like kicks in a snug, maroon jumpsuit during a titillating rendition of Caravan, and of course, Levon Helm's simultaneous signing and drumming.
Posted by Pauly at 3:33 PM 1 comment:

Miles Davis performed So What for a Studio 61 television special. It was recorded on April 2, 1959 and aired on TV sometime in 1960. John Coltrane was a member of the Miles Davis Quintet at the time, so you get a glimpse of both masters in vintage black and white footage. An interesting side note.... Miles takes two solos in So What because Cannonball Adderly missed the gig with a hangover.

In the second part of the video, Miles performs with the Gil Evans Orchestra. They played three songs: The Duke, Blues for Pablo, and New Rhumba.

I found this video while searching for outtakes of Kim Kardashian sucking the Tupac Hologram's cock. The search continues.

Hat tip to @fishmarketstew
Posted by Broseph at 4:20 PM No comments:

Thanks to our friend Trent for his front row footage of Big Red at his gig on 2/20/2010 at the State Theatre in Minneapolis. This video is 26 minutes in all and captures the second half of the first set where Trey plays solo acoustic.

FYI, for all of your Joy haters, skip the first five minutes and move onto Water in the Sky. Other gems include: Bathtub Gin, Sleep Again, Farmhouse, Waste, and Chalkdust.


Thanks again to Trent for the video.
Posted by Pauly at 2:22 PM No comments:

The announcement you've all been waiting for. The second leg will contain 13 shows. The magestic Gorge is snubbed, but there's four shows in California (including three in San Francisco and one in the LBC). Plus, the boys make their first ever appearance in Oklahoma! Wait... what?

Monday Morning Key Bumps: Galactic and When the Levee Breaks

Here's Warren Haynes sitting in with the G-men at the Brooklyn Bowl last year...

The Universal Mind of Bill Evans

Jazz legend Bill Evans lets you inside his head as he explains song interpretation and improvisation.


H/T to OpenCulture.com.
Posted by Pauly at 4:20 AM No comments:

Here's the super group from Finland (yes, that Finland a.k.a. the land of Nordic Wooks) performing a cover of Queen's Bohemian Rhapsody in the back of a beat-up VW....