Here's a few videos I shot in Indio, CA three years ago during Festival 8...

The first video is the Joker dressed up as the UPS Man delivering special packages to phans...


The second video involves puppets and more puppets, including a candid interview with a chatty parrot jacked up on molly. We caught an intimate moment between an alien and unicorn during setbreak...


This video is a montage I shot of the entire Festival 8 weekend...


And the last one is a bonus video that I shot during the Harry Hood jam that involved some weird floating balloon-like art installation...


In case you wanted to read a long-ass review I wrote check out: Festival 8 - Phish Halloween Review.
Posted by Pauly at 1:11 PM 1 comment:

Let's step into our groovy time machine and blast back to 1996 when Phish covered Talking Heads' Remain in the Light:

Tuning
I Don't Live In A Dream
Gone Wanderin'
By the Side of the Road Dressed to Kill
Honey I Been Thinking About You
When Did you Stop Loving Me? (add to official setlist - country song because the sound was so good and he could hear himself!!)
Deal
A Moment of Temporary Color
Till the Light Comes
1961 (another addition)
Shaken
So Hard To Find My Way
Tell Me Mama, Tell Me Right
Bennie & The Jets
One Bad Love
Uphill Mountain (another addition)
Band intros
Sugaree 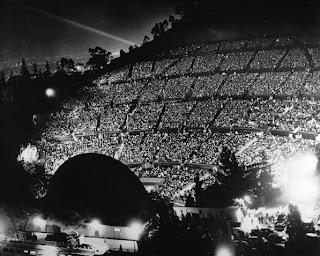 Just caught Bob Dylan perform a long set at the Hollywood Bowl. Mark Knopfler opened but he did not sit in with Bob and he only played one song I recognized ("So Far Away").

Set 1: You Ain't Going Nowhere, To Ramona, Things Have Changed, Tangled Up In Blue, Levee's Gonna Break, Make You Feel My Love, Cry A While, Desolation Row, Highway 61, Love Sick, Thunder On the Mountain, Ballad of a Thin Man, Like a Rolling Stone, Along The Watchtower

Encore: Blowin' In The Wind

This is the full concert. Highlights include a stunning covers of Elton John's Rocket Man, The Band's Makes No Difference, and George Michael's Careless Whisper...

Phish is releasing a full concert video of their Star Lake show in 1998...

"Down With Disease" - Star Lake 98 DVD from Phish on Vimeo.
You can pre-order the Star Lake DVD.
Posted by Pauly at 11:11 AM No comments:

Phish 1993: The Year of Machine-Gun Trey

Editor's Note: Allow me to welcome a new contributor to the mix. Rob Shah is a guitar player from Denver and he's on an ambitious mission to listen to every Phish show from the mid-nineties in chronological order. He recently finished 1993 and here's his initial thoughts. Enjoy! -- Pauly

I began an experiment earlier this year in an attempt to better understand what I consider my favorite year of Phish. The helping, friendly Google spreadsheet allowed me to listen to (almost) every note of 1993 from beginning to end, painting a much clearer picture of this special year in Phishtory.

1993 was a year full of raw, unharnessed energy and creativity that was emitting from all four of these ambitious 20-somethings. The Winter/Spring tour was the first of two tours and it spanned 71 dates in just over three months, clocking in as the single, longest tour they would ever attempt. To put this into perspective, this tour was so extensive that 1 out of every 20 shows from their entire 30-year history comes from these three months. The boys lived and breathed Phish and they didn’t have wives or kids yet to distract them from their ultimate, united goal of developing their unique brand and style. They were on fire and they seemed to be getting better every night; but I guess that’ll happen when you’re playing 3 out of every 4 nights for extended periods of time.

Although Phish released their iconic concept album, Rift, only one day prior to embarking on this massive endeavor, fans were already familiar with the material as the songs had all debuted in prior years sans "The Wedge," which was debuted on the first night of tour (2/3/93). Take a listen to an early version of this song and notice the many differences from the version that you’re probably used to. They experimented with “The Wedge’s” structure throughout the 90’s while also periodically shelving it for the first five years of its existence.

This tour marked the final times that Trey would teach the audience “Secret Language Instructions” which explained the musical signals that trigger which specific band-audience interactions. These musical signals could be played by any band member at anytime during a show and they would prompt things such as simultaneous squatting (all fall down signal), turning to the back of the venue and cheering (turn, turn, turn signal), or my personal favorite, singing a random note for a measure (random note signal). Check out this 3-minute Bowie intro that closes out the 1st set of the legendary 3/22/93 Crest Theatre show where Trey effortlessly cycles through four signals in a row.

Phish generally prides themselves on not fitting in typical, mainstream parameters and parts of their music can even be described as experimental or Avant-garde. My favorite artsy moment from 1993 happened during a “Big Black Furry Creatures from Mars” encore on 4/17/93. During this song, each band member takes turns pausing and starting up the song. Two minutes into the song, Fishman takes an obnoxious 3-minute pause, which was relatively standard at the time, as the band enjoyed tapping into their innate weirdness. One minute later, the band takes another pause that lasts for a staggering 4.5 minutes. This second break, however, was not planned and we find out the next night that Trey had screwed up the order in his head resulting in a second, unintentional, super long pause. The next night, Page took a rare leadership role by taking a few minutes during the middle of “I Didn’t Know” to discuss the awkward encore with the crowd. This special band-audience interaction (starts at 11:30 in the clip) included commentary from five audience members, Brad Sands (balloon tech), Paul Languedoc (sound), Chris Kuroda (lights), Mike and Trey. 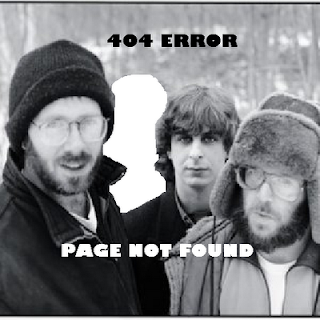 Phish has always been vocal about striving to make every show unique. Considering there were 100+ shows in ’93, it’s obviously not feasible to document every special moment but here are a few worth sharing:

• 3/9/93: Trey gets super weird and holds a bend for entirely too long during the open jam section of Reba allowing Mike and Page to take center stage. The note clocks in at exactly 100 seconds.

• 3/22/93: This show is the epitome of a “sleeper” show. It was a Monday night at a half full Crest Theatre in Sacramento, CA (capacity of 932) where Phish dropped into their infamous Gamehendge saga 2nd set. This was only the third time they had done this and they would only perform Gamehendge two more times in their career. The band made an effort to seed the soundboard recording after the show and it quickly became one of their most circulated shows between fans.

• 3/24/93: This 30-second excerpt is an epic ending to a lengthy 8+ minute YEM vocal jam. Throughout 1993, I witnessed a tremendous amount of vocal experimentation from all four guys. This increased vocal presence wasn’t contained to YEM vocal jams, but abundantly spread out throughout sets in the forms of humor, sincere excitement, and just straight up bizarre behavior.

• 4/1/93: On this date, the band played an April Fools prank on the fans by starting a rumor that Neil Young was making a guest appearance. Phish took advantage of the fact that this was the second night in a row they were playing the Roseland Ballroom in Portland which helped facilitate the rapid spread of “news” throughout the fan base. During the first set, Trey finishes setting up the prank by teasing Heart of Gold and Sugar Mountain. Deep in the second set after the Big Ball Jam (the perfect time for a sit-in), Trey looks offstage and introduces “Neil Young,” and the crowd goes absolutely nuts. After minutes of applause and confusion, Fishman emerges and proceeds to gently mock the crowd and then stumbles through a line of Young’s “After the Gold Rush.”


’93 was an absolute killer year for Phish. Come summer tour, they were landing significantly larger headlining shows than ever before and the quality of their music clearly justified it. This rising trend was partially due to playing larger summer-friendly amphitheaters and festivals, but mostly due to the exponential increase in demand to see the band. They were incredibly tight, hungry, and frisky, playing an average of 3+ teases per show. Phish has struggled to match this level of teasing in any other year but interestingly enough, they’re actually on pace to exceed it for the first time ever at MSG later this year!


I would argue that regarding chops, Trey peaked in ‘93 and I’ve yet to hear him clearly rip faster, longer, and more cohesive phrases than in he did in this year. For a prime of example of this, listen to this 2-minute excerpt of Split Open and Melt from 8/16/93. This was truly the year of “Machine Gun Trey” and it’ll always be home to many of my all-time favorite tension-and-release jams.

Of course, technical skills aren’t the be-all and end-all and for many, the “best” is yet to come. I thoroughly enjoyed maneuvering through two exciting tours and a NYE run (download 12-31-93, my personal favorite show of the year) and I’ve come to realize that this project of mine isn’t ending here, it’s just beginning.

This review wouldn’t be complete without a “Best of '93” mix. I decided to focus my compilation purely on maintaining an extremely high standard of quality throughout each jam. It’s for this reason you won’t see a ton of long, crazy, type II jams on this list but instead, you’ll find jams that are tasty and/or straight-up fire from beginning to end; a best “bang-for-your-buck” if you will. A good majority of these tracks capture “Machine-Gun Trey” at his finest and I hope you enjoy it as much as I enjoyed putting it together. 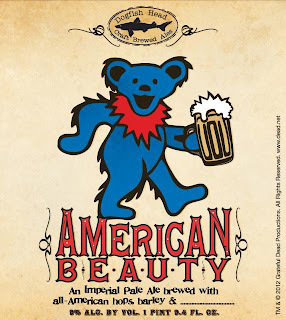 How effing delicious will this beer be? And they're taking input from fans...


Dogfish Head Craft Brewery and Grateful Dead, two pioneers who built their followings by connecting directly with beer lovers and music lovers, are collaborating on the newest beer in Dogfish’s line of off-centered ales. Working in that happy place between creative ideas and like-minded people, the off-centered brewery and free-spirited band have been trading ideas for a beer they’re calling “American Beauty.” They’ve settled on a strong pale ale with all-American hops and barley, and now they’re asking their loyal fans to suggest a special ingredient – and the Dead-inspired story behind it.

We woke up a little late today, so how about an afternoon key bump to get things moving? Thanks to Dom for sending me this video of Anders Osborne, George Porter, and Stanton Moore cover Sugaree last year at Bear Creek...

One of my favorite musicians, Thelonious Monk, was born on October 10th. I'll be listening to as much Monk as I can today in honor of this special day.

The Queen of Soul will tickle your heart and help cure those Monday morning blahs. Sit back and let Aretha's sultry voice lift your kindred spirits with a little Spirit in the Dark (circa 1971)...

And here's a bonus video of Aretha Franklin opening up a 1968 concert with a cover of the Stones Satisfaction... 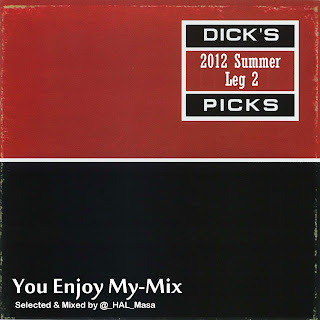 --
@_HAL_Masa
darkstar.st.stephen@gmail.com
Posted by the joker at 10:37 AM No comments:

"Nigel, calm down. Please. It's just some cracker university..."


This is one of my all-time favorite clips from Spinal Tap.

The Phish return to New York City at the end of the year for a four-night run at MSG including a New Year's Eve show. MSG. NYE. Bring it.

See ya in NYC.

Monday Morning Key Bumps: Traffic and Light Up Or Leave Me Alone