Time to hop in a time machine, worm hole, or k-hole. Whatever. Go back. Way back to some old school Electro...

Bitch! is of my favorite series of Mixes. Behold, the infamous Lee Marvin, Bitch! mix. This installment is a tasty mix of Soul, Reggae, Funk, Minimal Wave, Italo Disco, Hip-hop, and Garage Rock. 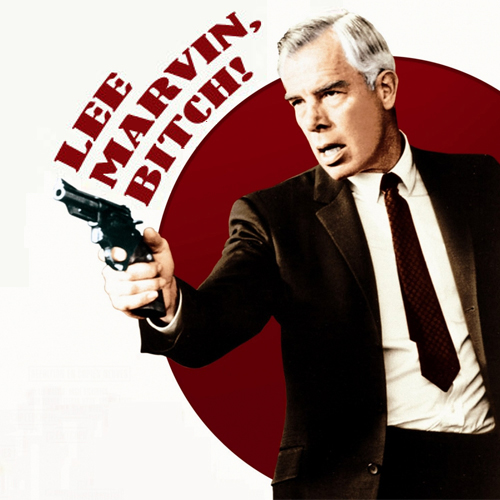 Love the opening lyrics to this Queens of the Stone Age song. Never really dug QotSA, but this is a catchy song and reminds me of the summer/fall tour 2000. We used to play this song at least five times a day when we were on tour.

G-Money (@777GMoney) tipped me off to this video. It's from the Grateful Dead's special DVD Rocking the Cradle that covered their infamous shows at the pyramids in Egypt in 1978.

G-Money recommends: "Skip to Ollin Arageed (at 53:35). So cool to watch Jerry play this with the Bedouins." 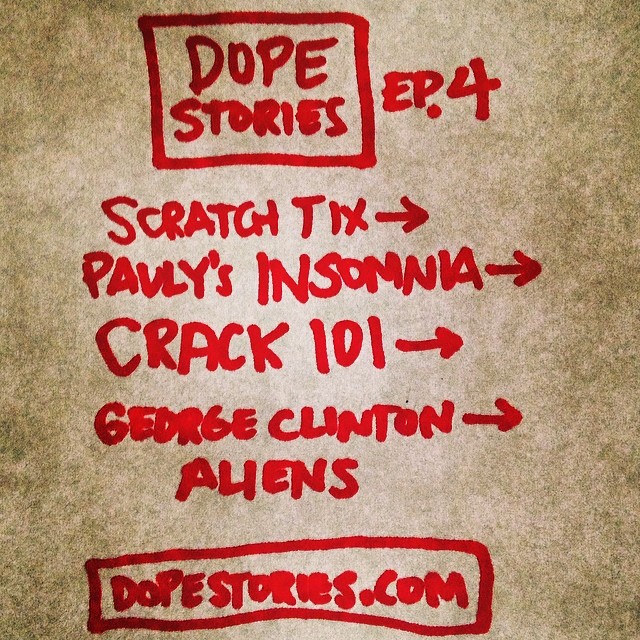 FYI... Subscribe to Dope Stories on iTunes.
Posted by Pauly at 4:20 PM No comments:

Feeling old. Today would have been Kurt Cobain's 47th birthday.

Here is a rare interview with Kurt, who talks about identity. It was animated courtesy of Blank on Blank...

Phish released Picture of Nectar 22 years ago today. Sweet Jesus, time flies. In college, my stoner friends debated for endless hours if the actual image on the CD was Saddam Hussein (it's the former owner of Nectar's).

In 1992, I lived in Atlanta in a gigantic southern-style mansion of a fraternity house. We usually blasted music on the front porch all the time. That Spring, a couple of musician friends who were the first Phisheads I knew, played Picture of Nectar nonstop. No one in my core group of friends had an actual Phish bootleg yet. We had tons of Grateful Dead tapes, but the only Phish in the house included all three studio albums. So the first wave of Phisheads wore out those CDs.

My favorite Phish song in 1992? The Mango Song.

Yes, the Mango Song. Consider it my gateway drug to Phish. I identified myself as a Deadhead in 1992, but Phish didn't resonate with me as much as it did with other friends. Phish was a slow burn. Although I had seen almost a dozen shows, it would be another year before I bought my first Phish CD (Rift).

I was feeling a little nostalgic this morning and I wanted to play Picture of Nectar. I couldn't find it anywhere in my apartment in LA. All of my CDs are in storage (in a milk crate, sitting on a stack of other milk crates, in the far corner of my childhood bedroom back in NYC where I grew up). I did the next best thing... found it on YouTube. So here's a 6+ minute walk down memory lane.

How about something to get your ass shanking, or if you are still in bed, here's something that'll get you up and grooving. Retro UNTZ. Let's go waaaaay back to the Boogie Down Bronx. These guys were the trailblazers. ESG and Dance.


And it's a two-for-Key bump today. Here's a bonus track by ESG that also has "dance" in the title...

The Dope Stories Podcast is roughly ten days old. We launched last Thursday and posted three episodes since then.

Are you a member of the iPhone cult? If so... pay close attention. You can subscribe to Dope Stories using your iPhone's podcast app... 1) click on the link to our RSS feed [http://dopestories.libsyn.com/rss], then 2) click on the "subscribe" button when prompted.

Okay... so about this new podcast about drugs hosted by myself and my poker buddy Shane.... Dope Stories episodes are 45-50 mins long. I made a "setlist" to give you a general idea about what we discussed each show. The most recent episode is titled Start Up Dot Weed: The 2014 L.A. Cannabis Cup and our friend DJ Trent was our first-ever guest. 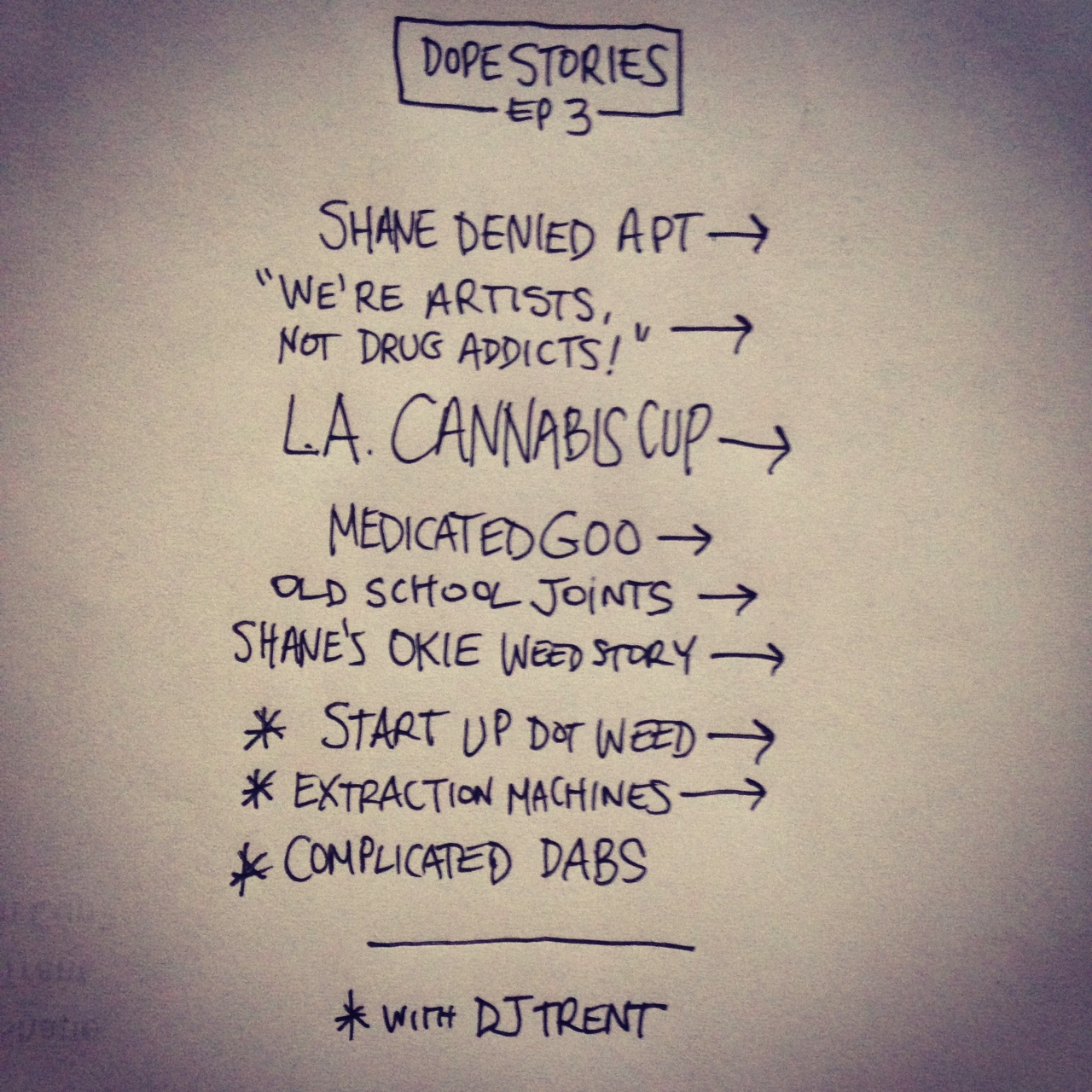 
FYI.. this is a direct download link for Ep 3 (right-click, save-as).

Episode 1: Down and Out in NYC
Episode 2: The Uncool: Philip Seymour Hoffman and Heroin Chic

Thanks for following along.
Posted by Pauly at 4:20 PM 2 comments: 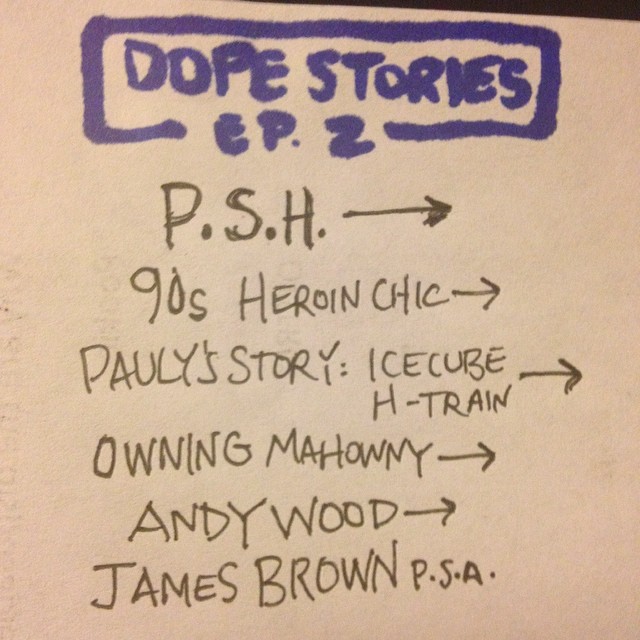 FYI... we have another new episode available on Thursday about the L.A. Cannabis Cup. If you missed the first episode, listen to the debut of Dope Stories here.
Posted by Pauly at 4:20 AM 2 comments:

This is Cavern by Liquid Liquid. It is not a cover of Phish's version.

This reminds me of the late 80s. Crank it up and get down... 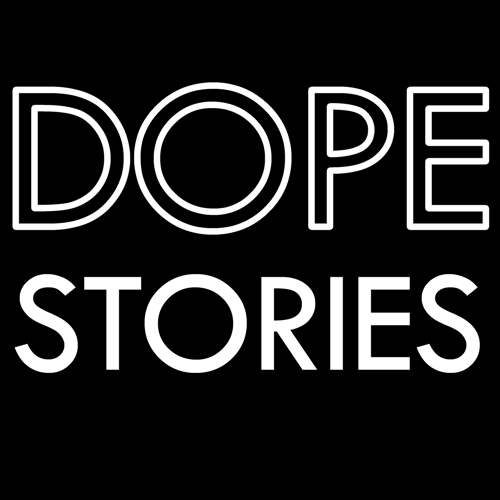 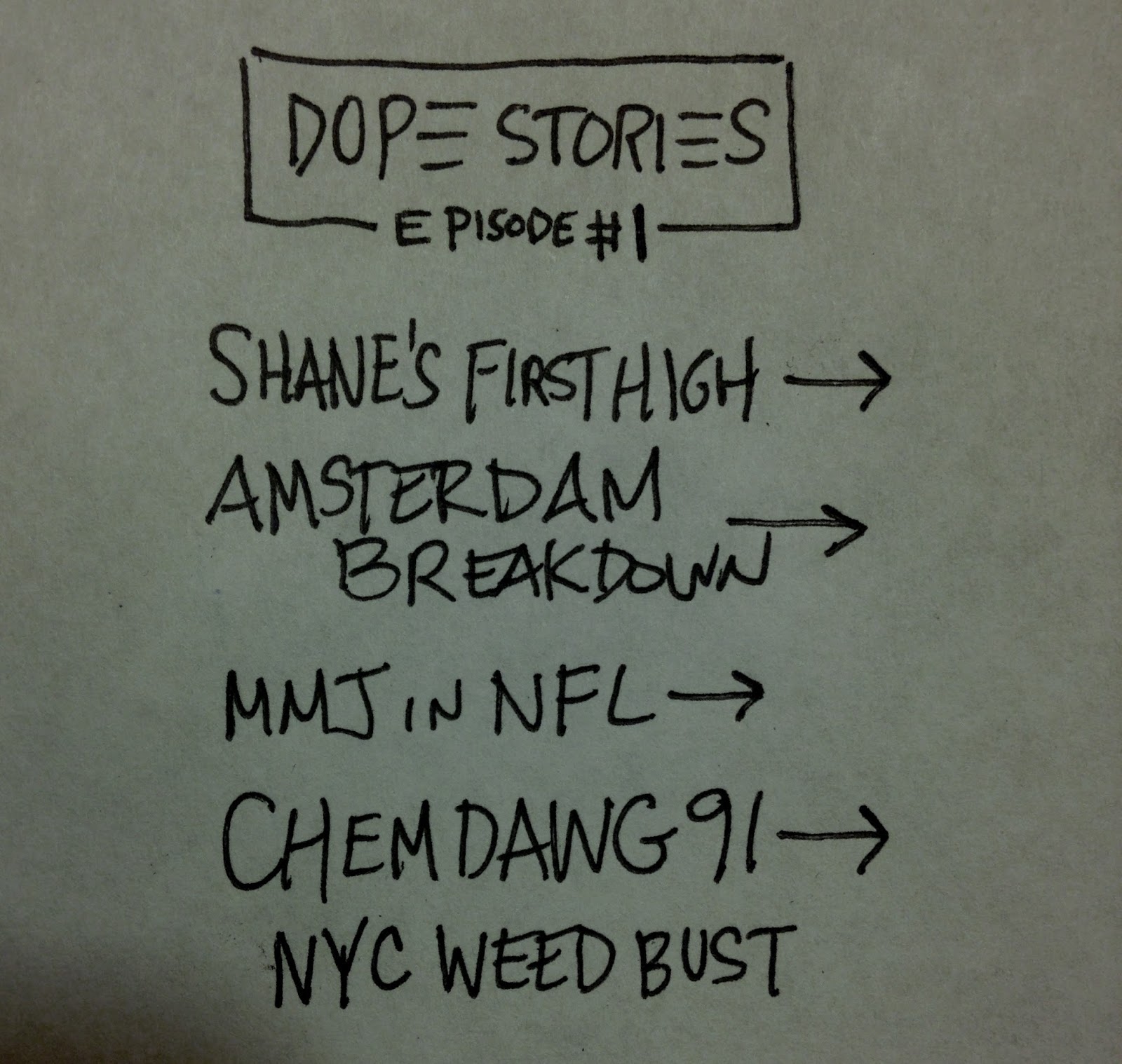 Stay tuned for a special episode about Philip Seymour Hoffman that will be available early next week, plus we'll also post our third episode next Thursday with subsequent episodes to follow every Thursday.
Posted by Pauly at 4:20 AM 1 comment:

Bob Marley was born on February 6. Let's stop and celebrate that special day...