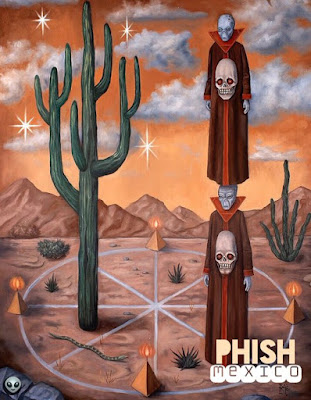 Sunday funday. Early show tonight for the fourth and final night in Mexico. Those long runs are rough, but it's been a relaxing run so I'm sure all parties involved can pull it off. After all, they're all professionals, right?

The entire Mexico has been webcast over at LivePhish, so custy it up for Sunday Funday couch tour on the finale. I'm sure SirusXM Phish station will replay these shows in the upcoming week as well. 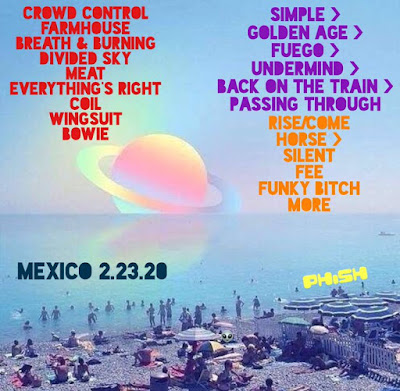 Follow @CoventryMusic on Instagram for setlist art. Check out the entire Mexico run and other setlists from the last few years.
Posted by Pauly at 4:20 PM 17 comments: 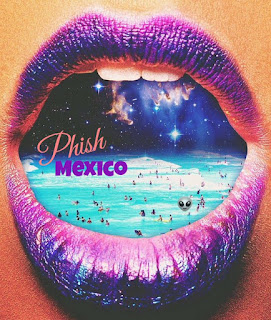 Phish returned for night three of four at the swanky Moon Palace resort in Riviera Maya, Mexico for their fourth sojourn south of the border for sea, sand, and wookery.

The entire Mexico run will be webcast over at LivePhish, so custy it up and rage it up on couch tour for the next two nights. SirusXM Phish station will broadcast some of the nights live as well.

Here's the setlist for Phish Night 3 at the Moon Palace for a wild Saturday night in Mexico... 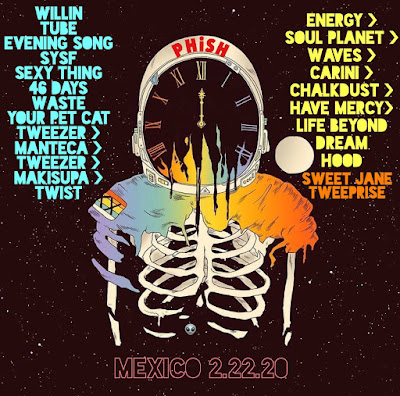 Follow @CoventryMusic on IG for setlist art. Check out the Mexico run and see other art from the last few tours. 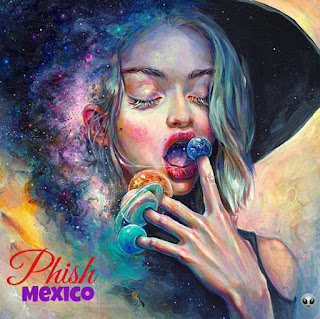 Dos! It's night two at the Moon Palace in Riviera Maya, Mexico for the annual Phishy excursion south of the border.

After a single set to kick off the festivities at a new venue called the Moon Palace, Phish returned for their regular two-set throwdown. After all, it's a Friday night in Mexico and time to let loose.

The entire run will be webcast over at LivePhish, so custy it up and rage it up on couch tour. SirusXM Phish station will broadcast the other nights live.

Here's the setlist for Phish Night 2 at the Moon Palace and see what you missed out on... 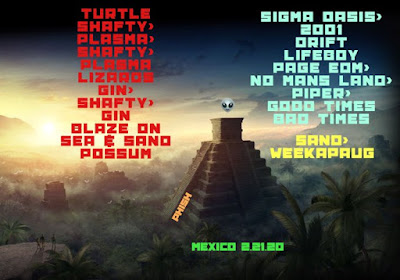 Hit up @CoventryMusic on IG for setlist art from last night and the last couple of tours.

Phish returned to Riviera Maya, Mexico in 2020 for an extended run at a new venue called Moon Palace. They kicked off the festivities with a special opening set on Thursday night before they got down and dirty for three nights.

The entire run will be webcast over at LivePhish. SirusXM Phish station will be replaying Thursday's set on Friday and broadcasting other nights live.

Here's what you missed on the special Thursday set in Mexico... 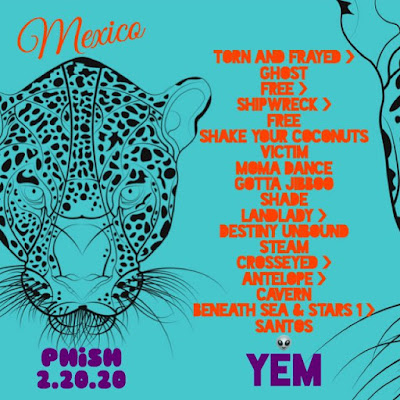 Follow @CoventryMusic on IG for setlist art.
Posted by Pauly at 4:20 PM 9 comments: