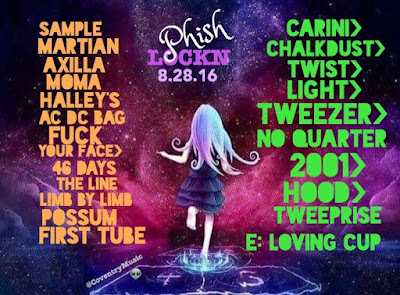 Phish closed out Lockn with their second appearance at the festival in Nelson County, VA.

The show ill be webcast for free over at LivePhish.com. 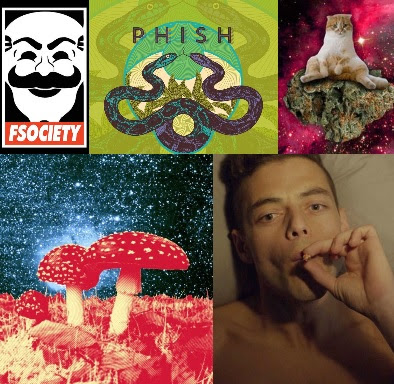 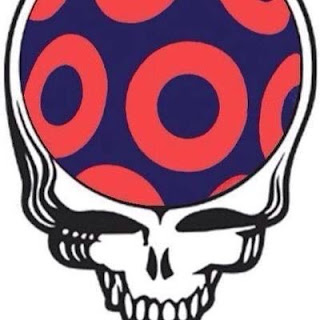 Page and Fish sat in with Phil and Friends for his Saturday set at Lockn. The Stringdusters, Joe Russo, and Anders Osborne were also scheduled to appear with Lesh and 1/2 Phish. Yeah, two drummers... Russo and Fishman. But there was an added bonus when Susan Tedeschi and Derek Trucks joined the mix for a couple songs.

you can stream the audio feed via Milr from @Terrapin_Radio.

** with Susan Tedeschi and Derek Trucks
Posted by Pauly at 5:55 PM 1 comment: 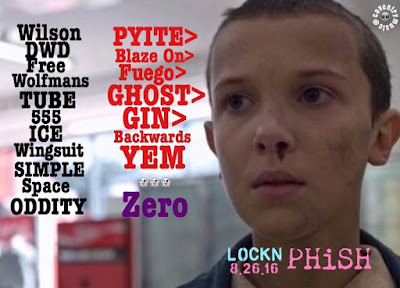 Phish headlined the LOCKN Festival with a Friday night prime time slot that featured Ween playing right before them. Ween beat Phish to the punch with their version of Roses.

This show will be webcast for free over at LivePhish.

Thom Yorke: Human After All?

I'm not big into conspiracy theories in general, but let's not fool ourselves: it's a well known fact that Radiohead's frontman Thom Yorke doesn't come for our planet.

Find out with the video below. Some people over at the Radiohead subreddit clearly had too much time on their hands but it's well worth a watch for all you obsessed people out there.

Radiohead: The Secrets Of Daydreaming from Rishi Kaneria on Vimeo. 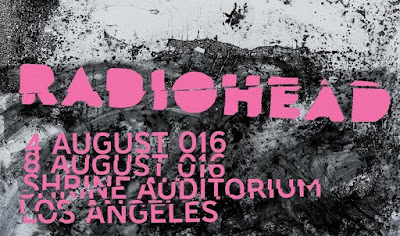 
Here's a video rip of Radiohead's set at Outside Lands.
Posted by Pauly at 6:37 PM 1 comment: 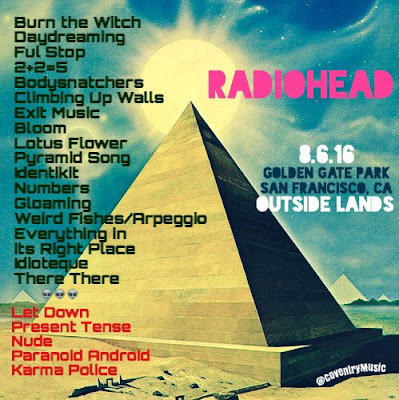 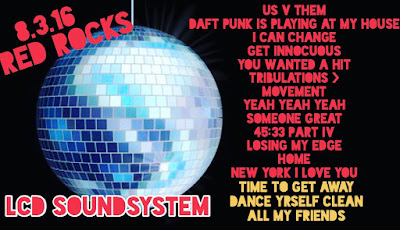 LCD Soundsystem returned to Red Rocks for their second night of a two-night run. Nearly identical setlist aside from one different encore song. But that didn't matter...still a fun show anyway. Plus we got lucky with dope seats.

Here's what went down on Wednesday night...

Encore: Time to Get Away, Dance Yrself Clean, All My Friends 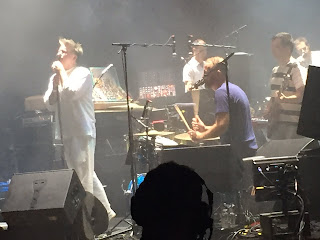 After playing two regular shows in Colorado, LCD returns to the festival circuit on Friday in San Francisco for Outside Lands. See you there...
Posted by Pauly at 4:20 AM 2 comments: 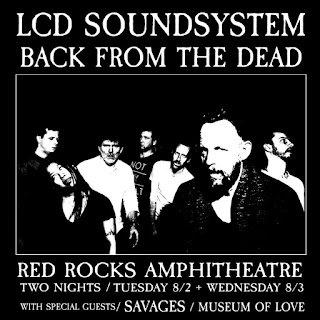 James Murphy took his aging hipster act -- LCD Soundsystem -- on the road for a two-night stint at Red Rocks in Colorado. After spending a five year hiatus, Murphy got the band back together for a reunion that included plenty of stops on the global festival circuit with gigs at festys in the US like Cocahella, Bonnaroo, and Lollapalooza.

Yeah, Red Rocks is one hell of a venue to see my first LCD show.

Interesting crowd for LCD. I had never seen a non-jamband act at Red Rocks before. In fact, it was the first time I've been back to the historic venue since Phish's four night run in 2009. Tons of hipsters and more hipsters and seriously low wook factor. Felt like I was seeing a show in LA and not Denver. Alas, Denver hipsters are waaaaay cooler than SoCal hipsterturds.

LCD has been pretty much playing nearly the same setlist every night, but since this was a non-festy gig, they squeezed in a couple extra tunes. Here's the setlist for the first night of Red Rocks...

NOTES:
* with horns
** Tech issues during the final song. It seemed like the show was over and Murphy and the band came back out for a second encore. Murphy explained that Al the guitar player had serious tech issues during All My Friends but the band soldiered on and finished the song without guitar action. Murphy said that the tech fixed the issue and that he wanted to replay All My Friends as it was meant to be played... with Al on guitar. So they played All My Friends a second time.

Wonder if they mix up the setlist for night 2?
Posted by Pauly at 4:20 AM No comments:

Phish announced their fall tour, which includes 13 dates plus a 4-night blowout in Las Vegas including a Halloween show. The tour kicks off in Charleston, SC for a two-night run before hitting up the only singular run of the tour in Jacksonville, FL. Other stops including two-nighters in Nashville, Atlanta burbs, and the Dallas burbs...before ending the tour with the four-night stand in Las Vegas.