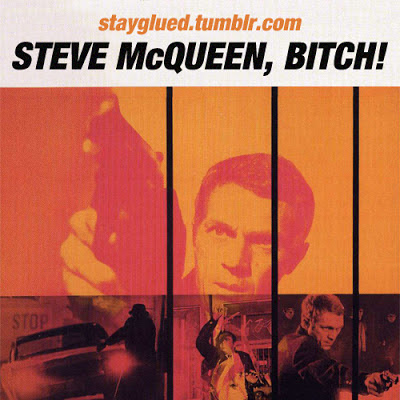 Another BITCH! mix. This time it's Steve McQueen, Bitch! This is a blend of punk, soul, southern rock, French Pop, and hip-hop.

If you like any of these artists, then please support them by buying their music or if possible, go see them perform live.
Posted by Pauly at 4:20 AM No comments:

Email ThisBlogThis!Share to TwitterShare to FacebookShare to Pinterest
Labels: Mixes

Let's go back, way back, to the original OG... Grandmaster Flash.

This peculiar and disturbing video might freak you out when you learn about its origins. I stumbled across it doing some research for Tao of Fear. At first glance this appears like a "music video" but with random dubstep as a soundtrack to creepy animations of alien-related images. What you do not know is that those animations were created from actual interviews conducted with children who claimed to have been abducted by aliens and aboard UFOs. Some of the images were actually draw by the alleged abductees.

If you don't like dubstep, then mute the sound and watch the video...

Man, ten years ago today. Never miss a Cincy show! Faded-funk at its finest. I have an itch for those long-ass Oxy-funk-orgy-jams in 2.0. This delicious version of Tube that kicked off set 2, clocks in around 11 minutes, or twice as long as the modern-day, ripchord Tube.


Download 2/20/03 Cincy via LivePhish.com. This show features an epic wild rumpus during a 26-min Gin.
Posted by Pauly at 3:33 AM No comments:

Happy birthday, Fish. In honor of our favorite drummer, check out his thoughts on Keith Moon.

This special for PBS "Mountain Stage" was recorded in Charleston, WV on 12-8-02.


Courtesy of BurningShoreProphet.
Posted by Pauly at 4:20 AM No comments:

The legendary Cuban percussionist Mongo Santamaria will help get your ass in gear on this dreary Monday morning. 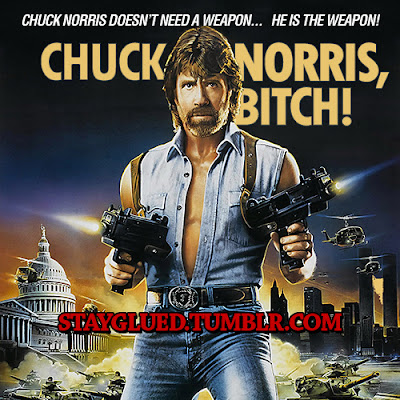 Don't judge a mix by its cover art, but how could I pass up Chuck Fucking Norris? I stumbled upon a pretty funky mix aptly named Chuck Norris, Bitch!, which is a delicious blend of Motown, Punk, French Pop, Surf Guitar, Soul, Garage Rock, Psychedelic Pop, and of course down and dirty Funk.

If you like any of these artists, then please support them by buying their music or if possible, go see them perform live.
Posted by Pauly at 11:11 PM 1 comment:

Hipsters cannot contain themselves over the project of all projects... The Beatles Complete on Ukelele. Yes, it's a compilation of every Beatles song but covered by someone playing an ukelele. They even group them by albums too.

And here's Jake Shimabukuro jamming out While My Guitar Gently Weeps in Central Park...

Email ThisBlogThis!Share to TwitterShare to FacebookShare to Pinterest
Labels: The Beatles, Ukulele

Page slays covers. It's what he does. Here are two occurrences during 2010 summer tour...

This first video is a cover of Traffic's Light Up Or Leave Me Alone from 7/1/10 Raleigh, NC. Trey seizes control of the dragon during the last 90 seconds of the jam...


This second video is from Blossom on 6/12/10. That cover of John Lennon's Instant Karma was the first time ever Phish performed it. Although Page covered Lenon's song with his side projects, but this is the first full-blown Phish version. It's short but tight and Trey looks like he's having way much more fun than Page.


Thanks to RunMe69 for uploading this vids.
Posted by Pauly at 3:33 PM No comments:

Bob Nesta Marley would have been 68 today.

Here's his infamous show at the Santa Barbara Bowl in 1979:


And here's a Bob Marley documentary:

The Motet covered Shakedown Street for their "Funk Is Dead" project. If this doesn't wake you up this morning, well, then you might need more coffee. Or cocaine. Or both. Tequila might help too.

The Pixies give me flashbacks about being in college and trying to pick up sorority girls by putting Pixies songs on mix tapes.

This video shows intimate clips from The Pixies during different rehearsal sessions for their reunion at the 2005 Newport Folk Festival. They were going to do the gig all acoustic, something they had never done before. So not only did they have re-learn all their old songs, but they also had to learn them on acoustic instruments.


Thanks to the gang at Open Culture for pointing out this view.
Posted by Pauly at 4:20 AM No comments:

Email ThisBlogThis!Share to TwitterShare to FacebookShare to Pinterest
Labels: Pixies

Full show. Thanks to G-Money (@777GMoney) for the heads-up on the video.

This is one of my favorite interviews with Jerry Garcia. It occurred in 1994, when he was pretty strung out and totally jaded 25 years after Woodstock/Altamont. In this 45-minute interview, Jerry had a few great stories to tell about Neal Cassady (starting around the 12 minute mark) and his infamous acid freak out (39 minute mark).

0:25 Jerry already gets irked with a question about his earliest musical influences. "Do you really want to hear that?"

0:50 Jerry warms up and opens up about his love of country music came from his Grandma who liked to listen to the Grand Ole Opry.

2:10 Jerry explains his passion for the banjo and begins his quest to become an aficionado.

3:00 Jerry says the Warlocks were "not quite a blues band, but sorta like a blues band" based on the style of music the earliest incarnation of the Rolling Stones played at the time.

4:00 Jerry explains how Pig Pen was the "powerhouse" of the Warlocks.

5:30 The band was getting enough working gigs 6 days a week so they could all quit their day jobs, but they started to burn out as a bar band.

6:00 They played one of the earliest acid parties and played for a minute and freaked out.

7:00 The Acid Test gave them freedom to experiment while cooking on "highly experimental chemicals."

10:00 The acid brought down the walls of "artist chauvinism."

13:30 Jerry tells more Cassady stories about his crazy driving and recklessly speeding on the hills of San Francisco.

15:30 Jerry tells the infamous and hilarious story about Cassady, a broken stop sign, and old ladies walking to church.

19:10 Jerry talks about being different and how Haight-Asbury became a magnet for freaks and weirdos.

27:15 Jerry relates psychedelic experiences to "dogshit on your shoe" and/or "touched by a wand."

27:45 Jerry explains how when they first started to tour nationally, how it was fun to freak straight people out based on their bizarre appearances.

28:30 The Grateful Dead's earliest shows are like games of chance...  gambling... rolling the dice... you never knew what would happen.

29:30 The Dead always had problems deciding what (songs) to play.

30:00 Jerry makes fun of his songwriting, but explains how its a craft and how Robert Hunter is like 50x better, and that he's a much better collaborator.

39:00 Jerry talks about a major acid freak out in which he was backstage at a show and ate some cake laced with 800 hits of acid and he was so spun that he was convinced mafia guys were going to kill him that night, so he went on stage completely terrified and tripping balls and how "I'm going to go out there and play, and they are going to fucking kill me." But Jerry pulled it together and decided to "play for my life... and they let me live."

44:45 Jerry debates technique vs. substance. Reminds me of Trey's "it's all about energy" speech from Bittersweet Motel.
Posted by Pauly at 4:20 PM 2 comments: