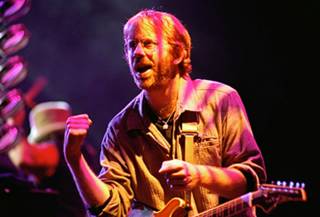 Trey Band is also playing at the Tibet House Benefit at Carnegie Hall on February 9 here in NYC. I went to one of those back in 1999 and Trey played along with Phillip Glass.
Posted by Pauly at 4:20 AM