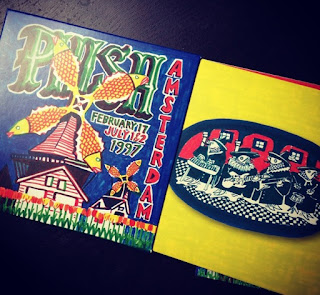 The latest Live Phish release includes three full shows from Amsterdam 1997, during one of the band's most prolific years.

Phish performed at historic Paradiso in Amsterdam three times in 1997 during two separate trips to Europe that year. The first show was a single gig in February 1997 during a 2-week tour of Europe to support the release of the Billy Breathes album. Later that year, Phish returned to Europe for an extended summer tour and played back-to-back shows in Amsterdam smack in the middle of their 4-week sojourn.

Amsterdam was a little crazy in the 1990s. This was before the Euro took over as the unified currency, and the Dutch Gilder had a great conversion rate and your US dollars went a long way in a town that catered to all of your darkest vices. You could still buy magic mushrooms at "smart shops" and get loaded to the gourd on Moroccan hash at a local coffeeshop. The nefarious weirdness that lurks in the shadows of the canals combined with the harmonic vibrations cramped into every nook and every cobblestone of Amsterdam fostered a fertile creative environment at the Paradiso. As a result... we were gifted with three explosive shows. 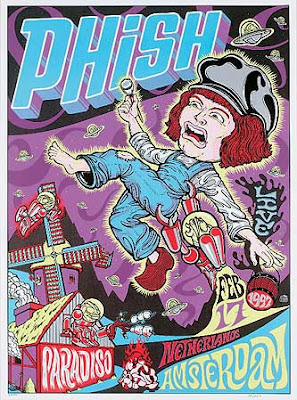 Encore: When the Circus Comes to Town

Blogger said…
eToro is the most recommended forex trading platform for rookie and professional traders.
8/12/2017 8:32 PM