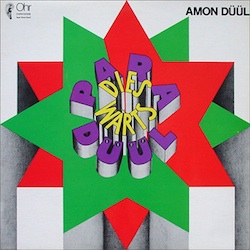 I think this is great that you are posting all 50 of them with a review. Are you a fan of Italio Prog?