(Note: Hi. I'm change100 and I'm a new contributor here at Coventry. I enjoy music, gambling, recreational drug use, and long walks on the beach. Read all about my other cannabis-fueled Hollywood adventures on Pot Committed. Many thanks to Pauly for inviting me to the party!) 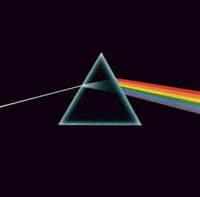 "Goddammit. We SO should have taken that spot back by Ivan the Russian drug dealer's building" sighed Showcase, as we sat in gridlock on Franklin Avenue on our way to the Hollywood Bowl.

We had noticed only moments ago that this particular slice of the road was home to no less than half a dozen out of work actors and narcotics salespeople that we'd befriended over the years since Showcase migrated west from New York City. There was Ivan, of course, and sketchy Mario, Elisha, the girl from our college theatre program who took her top off for art in a little-seen indie film and Zack, who got dropped by his acting agent and started writing scripts for the Russian version of The Nanny. All on one block.

This very scene-- the two of us stoned out of our minds while sitting in pre-concert traffic for a Roger Waters show-- had played out nearly six years ago, shortly after Showcase made his home in Los Angeles. Only that time, the scene of the crime was the far-right lane of the 405 freeway in Irvine, where a mile-long line of hippies, ravers, and other assorted drug-friendly folk, pulled out their pipes while sitting in gridlock and flashed each other the thumbs-up as they snuck a few tokes during the wait at the exit for the Verizon Wireless Ampitheatre. Which, back then before corporate buyouts and Degree all-in moments was better known as Irvine Meadows.

"Dude, it is still WAY too far to walk and with our luck we'll get a parking ticket. Just keep going to Hollywood & Highland" I said, as I bent down to pull a hit of Super Silver Haze. "At least this time you don't have to pee and require a Chinese fire-drill in the middle of the freeway so I can drive while you urinate in the bushes."

It took us 30 minutes to inch the last mile or so and we parked in the structure at the Hollywood and Highland shopping mall. After grabbing takeout from CPK, it was another 20 minute walk up the canyon to the concert past a legion of ticket scalpers and T-shirt salesmen.

I have a special affinity for the Hollywood Bowl. It was the site of my first summer job over 12 years ago. Ushering wealthy season ticket holders to their boxes for minimum wage and enojying a full menu of free concerts six nights a week was (and still is) the best gig a 16-year old performing arts junkie could ask for. I saw everyone from Bernadette Peters to The Who in those mid-nineties summers, and all from the prime perch of the first level of seats. Most of the money I earned was promptly dumped off in the used CD section of the late, great Aron's Records on Highland Ave.

Showcase had never been to the Bowl and was instantly impressed. The place is huge-- an 18,000 seat ampitheatre sunk into Cahuenga Pass in the Hollywood Hills. The two lowest sections are made up of four-person boxes where can yuppies enjoy gourmet picnics before showtime. At a show like this, however, wine and cheese are scarce and the boxes are primarily home to celebrities whose agents got them good seats. Like Lisa Loeb, whom I saw waving for a friend just before the lights went down. Our seats were pretty good for commoners-- in the first section of benches above the boxes toward the stage right side.

I) In the Flesh, Mother, Set the Controls for the Heart of the Sun, Shine on You Crazy Diamond > Have a Cigar, Wish You Were Here, Southampton Dock, The Fletcher Memorial Home> Perfect Sense (Parts I and II), Leaving Beirut, Sheep

E) The Happiest Days of Our Lives > Another Brick in the Wall (Part II), Vera > Bring the Boys Back Home > Comfortably Numb

Roger Waters draws an eclectic crowd-- hippie kids, indie rock kids, forty and fiftysomething parents with their teenage sons, entertainment industry douchebags, L.A. Weekly-reading NPR-listening Silverlakers that valet-parked their Priuses and strung out, glassy-eyed wookies who looked as if they'd crawled out of the hills themselves. At this point, Pink Floyd songs, especially those of their magnum opus Dark Side of the Moon, are, in a way great muscial equalizers. Whether it was in your parents' basement with an apple bong, at a light show in Griffith Park or synched with The Wizard of Oz in the dorm lounge, everyone has their story about the first time they listened to Dark Side. It transcends genres and generations. My 59- year old father loves it, I love it, and if I'm ever sober long enough to bring a child into this cruel world, I'll make sure it loves it too. Even Showcase, who infamously thought that Trey Anastasio was a member of the Beastie Boys pretty much knows all the words.

Waters doesn't vary his setlists too much, opening as usual with a hard-charging "In the Flesh" that got the crowd fired up. We sparked our first joint during the sweet acoustic opening of "Mother" and the long haired high school kid in front of us begged for a toke. I passed to him and made his day as Showcase cringed.

"I want a new joint. God knows what diseases he has."

"Set the Controls for the Heart of the Sun", while not one of my favorite tunes, was a dark, trippy excursion into the early Floyd catalog, while "Shine on You Crazy Diamond", "Have a Cigar", and "Wish You Were Here" satisfied the crowd's appetite for the classics. About halfway through the first set, the dippy blonde girl in the tight pink sweater sitting two seats away from me experienced a personality transplant as her roll kicked in. She started spastically dancing at completely random intervals, occasionally, during the spaciest musical passages that are usually more, well... swayable than danceable. She was in her seat... she was out of her seat. Oh wait, she's standing on top of the bench... oh now she's down. Her enormous breasts bounced freely inside the sweater's clingy rib knit as a lascivious man with a goatee stared slack-jawed at her from the row behind us. Showcase and I started prop betting the over/under on how many seconds she would remain seated before experiencing another urge to dance.

A definite anti-war sentiment ran through the show, beginning with "Southampton Dock" and continuing with the new Waters song, "Leaving Beirut." He wrote it about a day he spent in Lebanon as a 17-year old when his car broke down and an Arab family took him in for the night. It was also one of the more unabashedly anti-Bush rock songs I've ever heard, with lyrics such as "Oh George! Oh George!/ That Texas education must have fucked you up when you were very small" and "Don't let the might, the Christan right/ fuck it all up for you and the rest of the world." Naturally, the California hippie blue state crowd (including myself) ate that shit right up.

The first set ended in stunning fashion as Waters broke out into "Sheep" off the Animals disc. During the song, a giant inflatable pig flew across the audience, the phrases "Impeach Bush," "Kafka Rules OK" and "Vote Democratic Nov. 2" graffitied in black on its sides. Thousands of cell phone cameras flew open as the pig traveled around the ampitheatre, and was finally released into the night sky during the song's killer coda.

After a quick setbreak, Waters and his band lit into Dark Side. And while hearing it live is always thrilling, there was something too clean about their rendition. David Kilminister, tackling David Gilmour's guitar solos, had every note down perfectly, but was missing the spontenaity and soul that could have taken those elegant riffs to a whole other level. Carole Kenyon, however, ripped the shit out of the vocal solo on "The Great Gig in the Sky." Girl can belt a perfect high F like it's nothing. During the finale of Brain Damage > Eclipse, a black pyramid rose out of the top of the stage and a neon rainbow of light burst from its right side, mirroring the album's famous cover.

The encores all came from The Wall, beginning with a smoking rendition of "Another Brick in the Wall." More anti-war sentiment was abound during "Bring the Boys Back Home" as images of Iraq flew by on the video screen behind the band. Comfortably Numb closed the show in a thrilling fashion as fireworks shot into the sky from behind the stage shell.

As Showcase and I maneuvered through the buzzing crowd back down the hill toward Highland Avenue, I wondered aloud if the old black man with the dog puppet was still around, singing improvised gospel songs to the departing concert-goers. Not a night had gone by back in the summers of 1994 and 1995 where I wouldn't walk out of the theatre, bound for the bus to the employee shuttle lot and see this guy belting his heart out, a tattered gray dog puppet, mouthing the words along with him, an open suitcase on his lap for donations. Sure enough, he was there. He looked almost exactly the same. The puppet, however was rather worse for wear. I tossed a dollar into his case as we passed by.

As we headed back in to Hollywood, we trudged along with the rest of the audience, all in various states of intoxication. Approaching Franklin Ave., Showcase suddenly seized my arm and pulled me around to walk on his other side.

Showcase was totally right. This dude looked like a total child molester and walked with both hands cupped out in front of him, as if he were about to do the deed. Buzzing from the joints we'd enjoyed inside, we got a serious case of the giggles and Grabby Hands must have heard us, because he shoved his hands in his pockets and took off running down a side street.

Just as we turned to look at each other in surprise, a six-foot tall platinum blonde feat of plastic surgery with glossy fish lips so collagened they were about to burst squeezed right between us in the crowd, heading "upstream."

Only in Hollyweird. We laughed so hard it hurt.
Posted by change100 at 4:20 PM

I almost skipped a day of work and flew in from Honolulu to try to catch the show. Financies and responsibilities intervened so I didn't, but really enjoyed your report. Long live Roget, Dave, Nick & Rick. May Syd rest in peace.

i found you through google... the girl you spoke of, elisha, was she a redhead?? i knew her almost 10 years ago. (... one day you find, 10 years have gone behind you... ) can you contact her? i'm trying to find elisha w. she grew up in NC, was into theater and probably like phish...