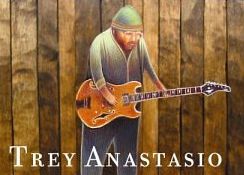 Trey Anastasio can't sit still. He's getting his current band and adding some horns and will be playing five shows in four different cities including a two night stint at the House of Blues in Atlantic City to end 2006. Yes, you can go see Trey, throw some dice, and get a hooker... all in the same night!