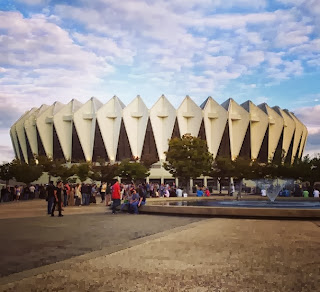 One down, two to go in Hampton. Pauly and the Cincy crew are on the ground at the Mothership while I'm couch touring in sunny SoCal. If you haven't already, hit up Live Phish for the webcast. A two-day pass is cheaper than an eighth of shake from your local w00k. 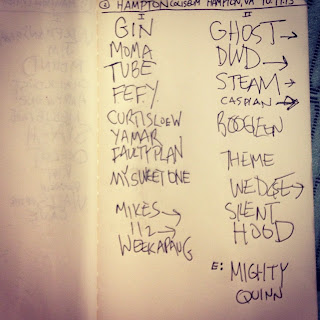 Saturday night rager. Gordo's voice was fucked up. Trey busted his axe. Page was en fuego and Fishman is still about 5% off. Regardless, the boys gifted us an energetic show.

My bud S was looking for me on the floor in the first set. I told him I was standing next to the kid with an iguana on a stick. He found me in the middle of Mike's Song and handed me a joint and a fistful of Shaman shrooms. I was booming the rest of the show.

My crew had a hysterical debate before the show started about who was a better band -- Lynyrd Skynrd or Allman Brothers. Well, Phish weighed in on our debate when they busted out Curtis Loew.

Pauly said…
These are not the droids you are looking for: