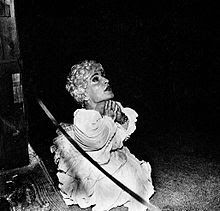 A halcyon is a mythical bird—often identified as a kingfisher—said to breed in a floating nest at sea during the winter solstice, during which time it charms the wind and waves into calm. The term originates from the Greek myth of Alcyone. In popular use, it can also mean to harken back to an earlier time, remembered as idyllic.

Deerhunter's new release Halcyon Digest has been getting some steady play around the various listening devices of some coventry bloggers. Bradford Cox, the creative force behind Deerhunter and Atlas Sounds had this to say about the album title:


"The album's title is a reference to a collection of fond memories and even invented ones, like my friendship with Ricky Wilson or the fact that I live in an abandoned victorian autoharp factory. The way that we write and rewrite and edit our memories to be a digest version of what we want to remember, and how that's kind of sad."

Deerhunter is firmly in the indie rock vein, but they do stretch boundaries within that genre. Check out semi-high quality video from a recent show below.

Email ThisBlogThis!Share to TwitterShare to FacebookShare to Pinterest
Labels: Deerhunter

been listening to this album a lot. didnt get it at all the first listen, now i have the last 4 songs of the album on repeat. it took a couple of listens for the music to sink in but now i have these strange sounding melodies in my head...i hope to catch them live sometime soon.

I wrote this after seeing Deerhunter last year: Seeing Deerhunter is like going to check out your friend’s little brother’s band, only to find out that they’re really, really good. Throughout their 90-minute set, the band led the attentive crowd on a journey through their unique style, combining the rock sound reminiscent of late Nirvana (everyone plays a Fender) along with subtler, ambient noise rock in the Sonic Youth vein. One could easily mistake Deerhunter lead singer/guitarist Bradford Cox as a smack-addict. He’s skinny as hell, banters on about nonsense and is probably a genius; but it turns out he suffers from the Marfan syndrome, a genetic disorder of the connective tissue that makes its victims taller than average and causes long limbs and long thin fingers.

After drummer Moses Archuleta’s kick drum broke, Cox bantered on and managed to convince the crowd to watch Deerhunter on one of the screens to the side of the room for their next song, “Agoraphobia.” This all made for a trippy, surreal effect as the entire 200-plus crowd was watching themselves watch the band in profile.