“Ladies and gentlemen, I’m sorry to inform you, but Grace Potter and The Nocturnals will not be performing tonight.”
That was the news the crowd got at Exit/In on Halloween night as the band was supposed to be coming out to play. The air in the room sank and a few people actually began to gather their things and head for the exits as the man on stage continued his speech. “We’ll be giving out refunds here tonight, or you can get them at your local TicketBastard outlet,” he said, “but we did find a suitable replacement act to play for you tonight. So please join me in welcoming the Nashville Country All-Stars!” 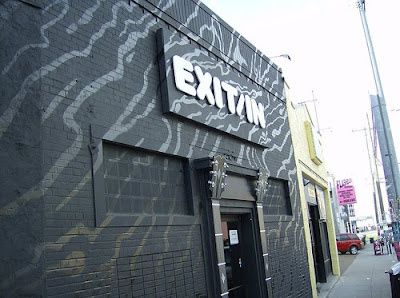 Anyone who was on the way out the door and didn’t bother to turn around missed out on the gag: Grace Potter and The Nocturnals in full Halloween costume as some of the most recognizable musicians in Nashville’s storied musical history. I hadn’t counted on seeing Dolly Parton, Willie Nelson, Waylon Jennings, Patsy Cline and Billy Ray Cyrus on stage that night, much less to see the players keep character as solidly as The Nocturnals did. Potter maintained her Parton accent all night long and charmed the crowd with witty banter when she wasn’t belting out GPN tunes in her own unmistakable, soulful voice.
One of the best aspects of the show was the band’s departure from its own repertoire to honor the characters they played. “It’s time to play one of my old songs,” Grace remarked in her Dolly voice before launching into Parton’s classic “Jolene,” all her on the acoustic guitar for two minutes before the band joined her for a raucous finish. The band also played Cline’s classic “I’ve Loved and Lost Again,” and Cyrus' "Achy Breaky Heart," though thankfully they saved the latter for the encore.
The band plays Dolly Parton's "Jolene" (video by YouTube user ssram331)
After a near-perfect rendition of Jennings’ outlaw country classic “Luckenbach, Texas,” though, came one of the night's truly unforgettable moments. The band’s tour manager came out dressed as a security guard, looking for people who “hadn’t even bothered trying” to dress up for Halloween. He brought a couple up to the stage and asked them what they had to say for themselves; the man grabbed the mic and said, “Well, all I can say is that Jennifer, I love you -” and the rest of his speech was drowned out by the crowd’s approval as he went down on one knee, ring in hand, and asked for her hand in marriage. “She said yes!” he told us before heading backstage to watch as the band played Berlin’s “Take My Breath Away” - the only non-Nashville cover of the night - in their honor.
Of course, the night wasn’t all covers. Long-time fans had plenty to please them, from “Joey” and “Apologies” early in the set to “Ah Mary,” “Ragged Company” and “Big White Gate” in the middle, all the way through to the full band on drums at the end of “Nothin’ But The Water.” As the show drew to a close, the new fans got their taste of “Medicine” and “Paris (Ooh La La),” the latter of which will be getting a ton of airplay on VH1 throughout the month of November. All through the set I was impressed by how tight the band was - not everyone has it in them to play so well on the last night of a tour, but Grace & Co. didn’t miss a note all night.
For someone less than familiar with the band’s three studio discs, this was a great introduction. The choice of covers ingratiated the band with its Music City audience, and it was clear from watching them that they have an absolute blast doing what they do for a living. It’s doubtful they’ll play Halloween in Nashville again, but whenever they roll through town I’ll be looking forward to catching them again.
(Cross-posted to jasonkirk.net)