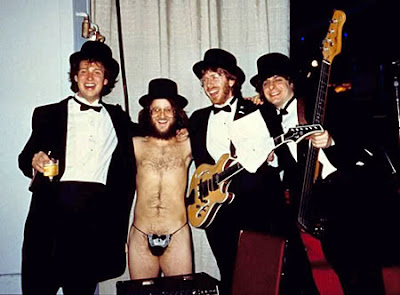 This was an unannounced, private show (nicknamed "Fourth Ball" or "Bradstock") at Brad Sands and Pete Carini's house that was attended by 50-60 family members and friends.
Phish

Email ThisBlogThis!Share to TwitterShare to FacebookShare to Pinterest
Labels: Phish - Rare and Unreleased

This is great! Is the first set around?