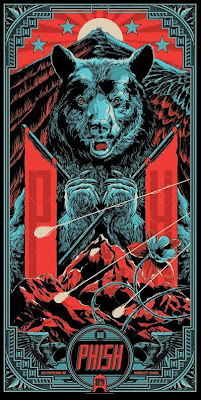 Phish returned to Colorado for the first of three nights at Dick's.

Here is what you missed in the latest "gimmick" show "MOST SHOWS SPELL SOMETHING"... 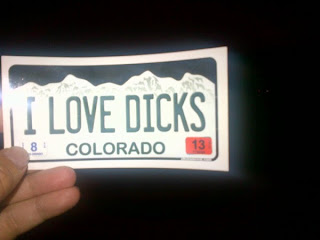 Quickie Recap: Phish Loves Dicking Around at Dicks
By Pauly


You knew it was coming. Phish set the bar two summers ago with the "S" show. Last summer, they raised the bar with the "FUCK YOUR FACE" show. So naturally, phans were expecting their heroes to step it up with more hijinks. After all, the band loves Dicks because they love dicking around with us.

The hype machine was in full swing. Social media fanned the flames, which created an almost uncomfortable situation. Just like the lyric said, "Sometimes people build you up, just so they can knock you down." I was worried that the hype would backfire because what if the band 1) did not do any hijinks? or 2) what if they went for it... but the prank fell short of the mark?

These gimmick shows involve a huge risk, but I'd rather see the band take a shot at something different, rather than playing it safe.

"Phish is the victim of their own creativity," explained the Joker. "Just like New Years. And Halloween. They're always trying to out do themselves."

So how could they top the last two summers? How about backwards hijinks? Yeah, Phish unleashed  another hidden message with the first letter of the setlist.

Backwards it reveals: MOST SHOWS SPELL SOMETHING. Like "REDRUM" kind of message from the devil. Except Phish is the mischievous devil who fucked with everyone's minds so much that there's a legion of hungover phans sifting trough old setlists to see if there are more secret messages from the band -- backwards or forwards.

Who knows if they can top the backwards hijinks. In one sense, this silly meme has run its course. At least that's my take. They'll have to do something sideways next year.

The Joker said it best: "It's the band saying, 'Listen guys give it a rest.'"

So is this it? Or will there be more hijinks in the future? Guess we'll have to wait until next year.

Is the gimmick bad? Jonas was on the fence about it.

"You're not focusing on the moment, on the song they're playing," said Jonas. "Instead, you're worrying about the next song."

I have mixed feelings about it. I love the unpredictability of Phish. That's why you go to as many shows as possible because you never know what will happen and what you're going to hear next. But at this juncture, the Dicks shows already have a built-in gimmick, so everyone knows something is coming.

So the show... the first set had a couple of tunes they had not played in two years (Icculus and Esther) and the debut of Little Feat's Easy to Slip. My favorite segment of the first set was the thirty minute stretch of MoMA > Ocelot and Stash.

I was shocked to discover that Jonas had never seen PYITE. All the shows he's seen (and we've caught together) and not one PYITE. "I've been chasing Punch my entire Phish career and finally got it," he said. Once again, we were treated with another monstrous Sand. Around the 11-minute mark, Fish was laying down the beat to 2001. It would have been a sick seg, but the band had to stick to the script and instead they reversed their tracks and returned to Sand. Next up was Say Something and Sweet Willy wasn't impressed with it. I like the falsetto. Change100 thought that the song would be better of someone else did vocals... but who? According to Phish.net, Walls of the Cave did not appear in 2009 and that they only performed it 8 times between 2010-2012, but it got inserted into the rotation this summer (we caught it at the Gorge and Bill Graham). We got faked out with Oh Kee Pa... because the seg did not automatically go into Suzy Greenberg. Instead we got an OKP > Harry Hood. It was an unfinished Hood and small potatoes compared the Hollywood Hood. we got another horse-less Silent in the Morning. Although Twist has "woos" built into it, that was the only Woos of the night (despite Jonas being a wise ass and occasionally yelling "WOOOOOO!"). The "Woos" over-saturated the last four shows of tour (after the Tahoe Tweezer). Good news is that the woo antics seemed to be long gone. Oh, and Slave closed out the set. It's always a great night when I hear my favorite song.

It was cool to get a Velvet Underground cover in the encore, but Page flubbed the lyrics. I don't think too many people are familiar with the song, but I'm a huge Velvet's fan and picked up on Page's miscue. Meatstick ended the show and completed the secret (backwards) message: MOST SHOWS SPELL SOMETHING.

Glad they got the gimmick out of the way so we can now focus on two shows. Expecting a Saturday night dance party and then Sunday is all gravy.

FYI...  watch a video of the entire show here.

Had a blast listening to this show last night. Most fun I've had guessing next song and what it all means in a very long time.