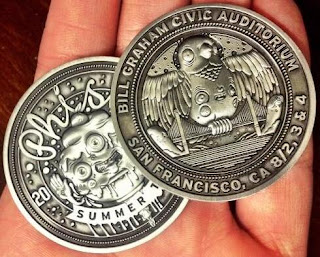 Here is what you missed:

* * * *
We recorded two quickie Wook Patrol podcasts at the after-party...


Episode 6 - Marina Chicks Hate Phish (5:07) -- Three miserable snooty girls from the Marina got dragged to see Phish in San Francisco. The Joker and Pauly talk about their plight...

Episode 7 - Wildo's Anti-Woo Stance; To Woo Or Not to Woo? (4:06) - After a mixed reaction from the "woo" audience participation at the first night in San Francisco, Pauly asks Wildo to explain his anti-Woo stance.


Listen to the Wook Patrol archives here, including the Tahoe episodes.
Posted by Pauly at 7:50 PM

No recap yet... but I uploaded 2 quickie podcasts.

Podcast about the marina chick who didn’t like the Phish was hilarious!

I wish her fortune cookie said: “It is good luck to see a concert in a smoke filled haze of weed, patchouli oil and B.O.”

Too bad a real phan couldn’t use her ticket. Great stuff and thanks for all your great work gentlemen:)

More than happy to hear that the fellers who have given us so many "next morning" recaps are doing the Tahoe->SF run spending time with old friends. Well earned gents.

Thanks PhiSHy for the assist,

For those looking for the official artwork, here you go:

Is the link not working for anyone? When I try to extract the file it keeps saying unsupported archive...