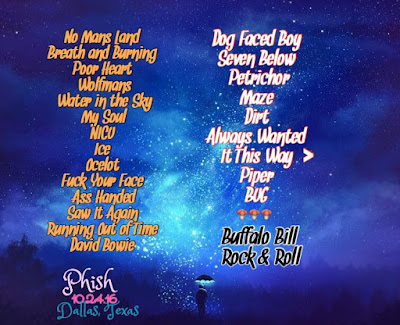 Phish returned for a two-night run in Texas by playing the swank bougie theatre in Grand Prairie a.k.a. the Dallas suburbs. This is the last stop before Phish heads to Vegas for the Halloween run. After a tepid opening to the tour, Phish has been heating up after the last couple of shows. The sentiment in the lot is dread for the new songs and orgasmic anticipation for the Halloween cover album. 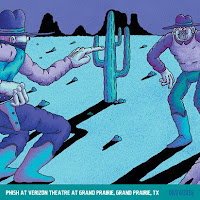 Thanks for the link. Will make a nice start to the day. Cheers.