Two from the Vault 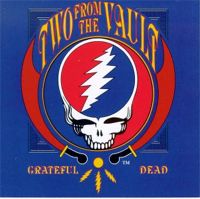 Can't sleep. I decided to write and I turned on the Grateful Dead's Two from the Vault. Pigpen's harmonica and scratchy vocals on the sixteen minute version of Good Morning Little Schoolgirl gave me goosebumps.

In college, all of my friends listened to One from the Vault. A couple of us had the double CD and we wore it out. Only my friend Mophy had Two from the Vault and I used to sit in his room, get baked to the tits, and listen to St. Stephen > The Eleven while we had Atlanta Braves games on in the background. That might be one of my favorite one-two punch song segues that the Dead performed because they did not do it very often. They also stopped playing St. Stephen in 1983. I didn't see my first Dead show until 1987 (on my fifteenth birthday), so I missed the boat. I got to catch Scarlet Begonias > Fire on the Mountain on several insatnces, but nothing beats the St. Stephen > 11 sandwich!

Flashback over.
Posted by Pauly at 4:20 AM