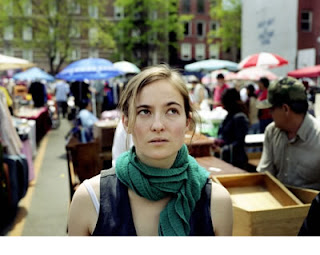 The other night, I caught Dawn Landes on WFUV (Fordham University Radio) here in New York City. She was the in studio guest and played a couple of songs. She had an amazing voice. I had never heard of her before and did a little research.

Originally from Louisville, Kentucky, Dawn Landes moved to New York City to pursue her music career in what has been described as alt-folk. Landes is an accomplished musician and plays "8-dollar guitars, pink accordions, glockenspiels, and optigons."

Landes recently toured small clubs on the East Coast. She's currently in Europe playing gigs in the UK. She returns to NYC in early April when she plays the Mercury Lounge on April 7th.

Here's a great video of Dawn Landes performing a cover of Young Folks...

Click thru to Phish Blog to view the video via RSS...
Dawn Landes links: website and myspace
Posted by Pauly at 4:20 AM