Skip to main content
Labels
Posted by the joker March 26, 2008 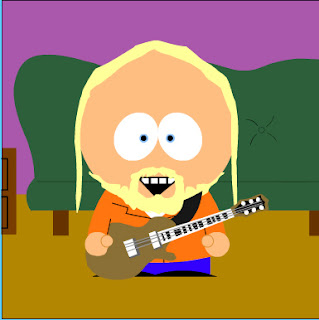 As I was listening to Dr. Pauly's Milw00kie Mix (below) I stumbled upon this wonderful interview with Jimmy Herring...here is a bit that I enjoyed and shed some light on how the band works:

"There’s one they wanted me to learn, “Dream Song.” They said, “We should be doing ‘Dream Song,’ and so what I did was listen to a couple versions of it. I didn't have a whole lot of live versions, so I ended up really just going to the record [Everyday] and I listened to it and I learned JB’s part [laughs]. So when we tried to play it, I was playing JB’s part. That’s when they said, “Oh yeah, you learned the wrong part.”

You see that happened a lot at the beginning. When I first learned “Pigeons” I was playing JB’s part. That’s the thing about a band like this and it’s a credit to them, and that’s what I mean about these records that John Keane made, you can’t tell who’s doing what. The way he mixed it, the way it marinates, these guys are a real band. It’s not like you can go “Oh, this is his part and this is his part.” It’s not that easy and sometimes I end up learning a hybrid. I mean they don’t teach me the songs, I learn the songs on my own and then I come back and play with them and they go, “Yes…no…maybe.”

And quite a few of the songs I had either learned JB’s part thinking it was Mikey or I would learn partly Mikey’s part and partly JB’s part. So it’s a process of learning it and then going back with JB and then him saying, “Yeah, that’s great.” or “Hey man, that’s my part, you’ve got to learn the other part.” So “Dream Song” got put on hold because I learned the wrong part, so I still have to revisit that and learn the right part."