In Defense of the Disco Biscuits 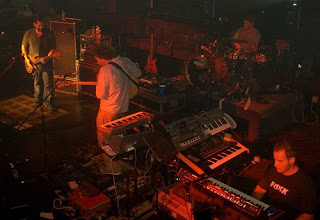 Hat tip to Partyin Peeps for a link to this article called The People Speak: In Defense Of The Disco Biscuits. A couple of fans wrote responses to this bit...

"In the world of patchouli-smelling and nugget-smoking noodle-dancers (hippies, that is...of both the genuine and pseudo variety) the Disco Biscuits are the derelict bastard-child – the dark and gritty element that offers contrast to a music scene full of unicorns, hula-hoops and fans that would, quite honestly, put a funnel to their ears to catch every drop of ejaculate from Trey Anastasio's heroin-riddled penis."

Apparently, some hipster trashed the Disco Biscuits and now Bisko kids are on the verge of giving him the beat down of his life. Those east coast Bisko kids are tough, not like those airy crystal-toting STS9-touring wooks from the mountains of Colorado.

And by the way, I miss Trey's smack-riddled penis.

Anonymous said…
Well, those two elements of his persona are not exactly what I ruminate over... but I concur; Trey Anastasio is a force on a level beyond almost anything else in the world of music, and he is sorely missed. BTW, I LOVE your blog, and am thankful as all hell to have discovered it!
--JRM
www.myspace.com/jasonrossmartin
3/21/2008 3:56 PM