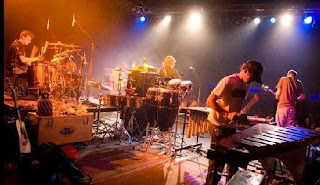 I just read this announcement from moe.

"After moe.down, moe. will not be playing any more shows for some time. The band is taking a break with the intent of returning again in 2009."

The band will be finishing off their rigorous touring schedule and after moe.down, they'll be taking time off from the road and taking the remainder of 2008 off. It's a much needed break for the band who has been touring non-stop. They expect to be back in 2009.

Email ThisBlogThis!Share to TwitterShare to FacebookShare to Pinterest
Labels: moe.