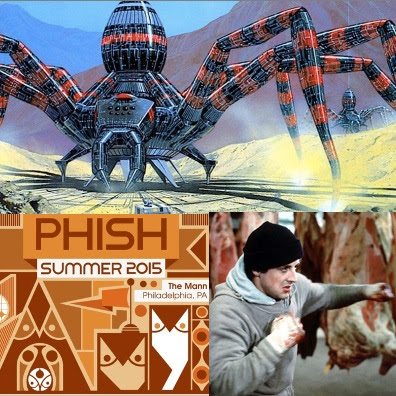 Phish returned to cozy Mann Theatre for the first of a two-night stint in Philly.

Phish returned to the east coast for a two-night rager in Philly. Instead of the sketchy former E-Center across the river in Camden, Phish made the more intimate Mann its home base the last two years. Weird shit going down with undercover cops in sleeve tattoos, flatbrims and wifebeater tees, which were hard to distinguish from the regular nitrous mafia crew running amok in the lots... The lights went down at 8:05pm with a Crowd Control opener...  Blast off with Martian Monster. Got a vivid flashback to one of my favorite conspiracy theories (Google: Obama Mars jump room... where a college age Obama was recruited by the shadow government to explore Mars via a stargate)... Full throttle with Axilla. Love the early flirtation with the dark side of the force... Skin It Back was soundchecked so assumed it was going to pop up either night. I rarely have Phish FOMO except when they bust out Skin It Back... The Skin It Back > Martian Monster was the cat's balls. Lowell George would be honored for the Martian mashup... Another tour debut. Vultures. They only play it once a year, so all the noobs think the start/stops are woo-worthy... 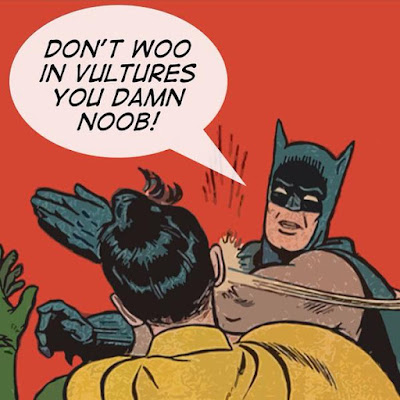 Dog Faced Boy is the song that plays in your head when you have to explain to your wife about the $1200 charge from the champagne room at the Spearmint Rhino in Las Vegas. Coincidentally, DFB was last played in Vegas... Energy-booster Bowie popped up in the middle of the set... Took the vibe down a notch with Farmhouse... Fish on the marimba for Scent of a Mule. Loved the Miami Mule with Smoke on the Water teases... Ah, a late-first set Ghost. Fishman was more creepy and spooky than usual. Martian Monster teases in Ghost fit the loose theme. Thought Ghost was the set closer, but the band stepped to the front of the stage for Grind, which capped off the 77-minute set... Set 2 resumed at 9:55pm or a quickie half-hour setbreak. Everyone wanted to bet me on a DWD opener, but  the house wins again when Phish opted for Fuego. About 10-mins in, they hit that blissful sweet spot... Leo slays covers, especially Rock and Roll... The 46 Days seemed out of place in the middle of the second set because it had been anchoring set 1s as the role of set closer...  Taste sorta popped up out of nowhere, but I dug the direction of the Page-centric set with Trey feeding the Leo Wildebeest... Another strange intro, this one to 2001, which seemed like only Fish wanted to play it before everyone joined in... Sizzling Sand followed up the 2001 dance party and the ass-shaking continued. The "second" Sand jam was what really made me stand up and say, "GOD DAMN!"... Horse was back setting up Silent for a much-needed break for Fish... Insta-boost with Cavern... Questionable Backwards ended the set, but Trey played it for his BFF Tom Marshall... Julius encore. Upbeat, yet predictable... Good to see some more bustouts with Martian Monster sprinkles everywhere, and any show is awesome that has 2001 > Sand back-to-back... One show down in Philly, one more to go...

These are not the droids: https://drive.google.com/file/d/0B4nQ81_qtsbmdVNYZjR5M1AxUHc/view?usp=sharing

Hometown show tonight. What a fun time. Glad to be able to contribute.

Thanks FamilyGuy. Much appreciated. Glad you got to go. Sounded pretty sweet on an aud stream last night, esp set 2.

Thanks for the Droids! Apparently the Google Drive is a little overloaded. It said bc of the amount of downloads, to wait and try in 24 hours.

Trey is totally playing the licks to the GD's Fire during Fuego.