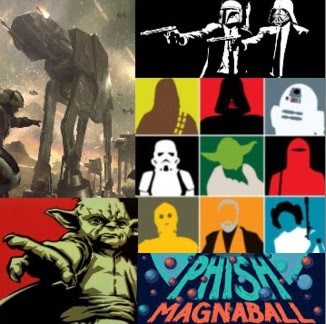 Festival #10 is finally upon us. The circus migrated to Watkins Glen, NY for a three-day blowout otherwise known as MagnaBall.

Here's our MagnaBall MAP of the festival grounds.

The entire weekend will be webcast by LivePhish.com. Custie it up and buy the webcast. You can watch it on-demand (up to 24 hours).

Okay, for my broke-dick wook friends, here's the audio link via The Bunny: Mixlr.com/TheBunny.

Follow @CoventryMusic on Twitter for in-game coverage. We've been very active on Instagram too, so check out our page (@CoventryMusic) for memes from the Joker and Pauly.

In case you missed it, here's the opening night...

Lights down at 8:09pm with a Simple opener (second one in three shows). Shook off any rust and pesky jitters. Thought I heard a Magilla tease... More Halloween shit with The Dogs in the two hole... TMWSIY > Avenu Malkanu > TMWSIY bustout. No one picked it in our pool. I'm McCatholic and even though I've seen every Woody Allen movie, the Avenu Malkanu doesn't mean the same to me as if they played Whiskey in a Jar. But TMWSIY is a beautiful piece of music... Free featured a collective release of tension... Trey asked the crowd to sing Happy Birthday to his daughter who turned 20 (Eliza is eldest of 11 Phish kids, all of whom were raging it up backstage with B-list celebs like Beiber, Truman Capote, and Prince Harry)... The Wedge came and went without a hint of irony... Mock Song bustout. Serious bustout. Last time played was like 2003 (I was there man, at the Gorge).  We totally get off on obscure 2.0 tunes these days. Mock had special lyrics with a Clifford and Super and Magna "Ball" reference. Wildo gave me the first LULZ of the night, "This new Mike song has too many words!"... Roggae started out chilly but by the end it could melt a stick of buttah!... Rift. One day they'll nail it... The Joker got his song in the first set of the festival. Bathtub Gin was first time the boys took the Magna-dog out for a walk. Like a real long walk. Sideways walk. 23-minute orgy. Heard a plethora of teases, notably Piper and DWD. Coulda gotten the rip cord a few times, but luckily it organically grew into a massive behemoth to close out the set. The Magnum-Magna Gin was by far the high-water mark of the first set, which clocked in at 83+ minutes (the longest opening frame of the entire summer?)... Quickie half-hour break... 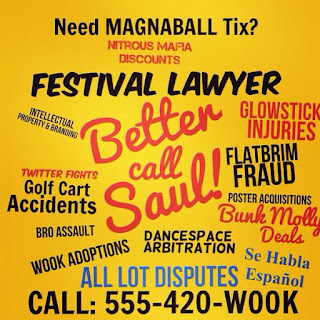 Set 2 kicked off with Chalkdust. With exception of Blossom and DFW, most the 2015 CDT's were tame compared to last year. Alas, they saved up a biggie CDT for MagnaBall. Hit upon dirty tones before those Dead-like tentacles reached out and tried to smother us as the song closed in on the 15-min mark. Heard some What's the Use teases as they raced toward the elusive 20-min benchmark (never quite got there). Fishman was a beast and punched holes through the fabric of time and space. We ended up on the other side of the universe deep into deep-space bliss... Bled into Ghost. Spooky-dank-dark. Tickled What's the Use territory again. Gordo flexed his muscles, tore off his shirt, and went full-blown Roid-Rage when he took control of the Ghost jam by wrestling it out of Trey's ADHD hands. Kept it flowing for few more minutes... Seg'd into Rock and Roll. Leo slays those covers and shines extra brightly on Velvet Underground tunes. Glimpse of old-school machine-gun Trey with the solo... Mid-set Hood felt like it came out of nowhere. Fake-out on the opening vocals. Slightly sloppy, but it's all about energy man... Due for a slow song to give Fish a breather. Waste played that role. "Remember when Waste was a piss song in 1.0?" observed the GreyFlannelDwarf... No Man's Land turn in the rotation (alternates every other show with Blaze On it seems). Had little extra bit of hot sauce. Page hinted at No Quarter, while the rest teased 2001... Both denied in favor of a sublime Slave. Top-shelf version. Those peak moments transcended GOD MODE (per @RyanNichols7)... 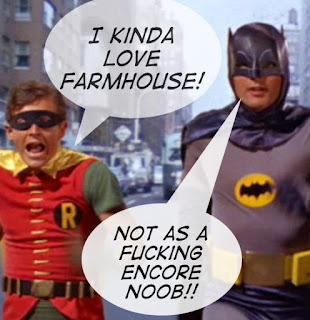 Encore was a pair of "F" songs... First up was Farmhouse, which got tons of love this summer... Then a self-indulgent First Tube ended the show. Serious superfluous wankage from Trey in First Wank-Tube. You needed a wetsuit if you were in the first 9 rows to avoid Big Red's incandescent glaze... Set 1's peak moment was that Magnum-Gin. Set 2 was anchored by a nuclear 1-2 CDT-Ghost combo with a deep-space Chalkdust followed by a menacing Ghost. As per usual, a shimmering smooth Slave closed out the set jam packed with a pair of meaty nuggets (Hood and Rock and Roll)... First night at MagnaBall is in the books. Two sets down and five (er, six) more to go...

Holy crap what a show. Can't wait to relisten. Thanks in advance this time.

That was fast! Thank you very much!

Thanks for the nice recap, Pauly. As usual, you and your crew are my "go-to" first choice for interweb breaking news on the phish from Vermont. I'm a 40-something "no-longer jaded vet", and I like my phish factz sprinkled with humor and excellent writing style. As you say, "from here on out it's all gravy". Looking forward to hearing this Gin. Joker got the Gin, and u got yr Slave. Nice. Have a great weekend. Cheers from Chicago, -J