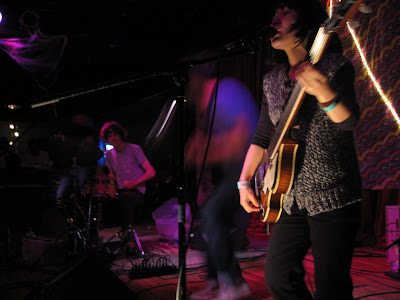 A crowd of 100+ filled a comfy Crowbar to see Deerhoof play a lively set late Sunday night. On tour supporting their new album Offend Maggie, the veteran, genre-defying quartet invoke thoughts of the Pixies gargling with Frank Zappa. Deerhoof can’t quite craft a song like either of the Franks, but they make up for it with a unique style, polished and tight; all the while manipulating tempo and the downbeat against their psychedelic pop offerings. Not to mention employing #11 on the list of things Stuff White People Like – Asian Girls – in the form of Satomi Matsuzaki as their bass player and lead singer. Another trait setting Deerhoof apart is their tasteful use of improvisation, both within song and during song transitions that kept the set fluid throughout the night. 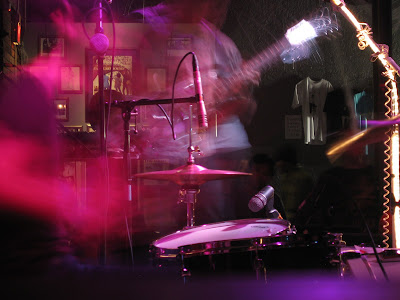 Experimental Dental School is a based duo consisting of the precious and powerful Shoko Horikawa on drums and vocals and Jesse Hall on guitar and vocals. Their sound was endearing and energetic, even strangely reminiscent of a stripped down Fugazi or Primus, but something about Jesse Hall’s delivery did not make me a believer. 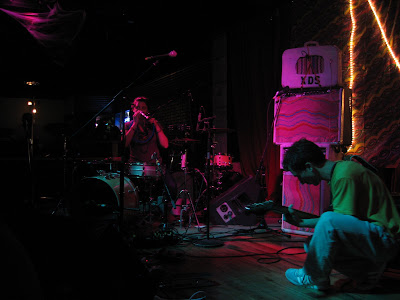 Fertile Crescent opened with a short set, just tolerable on its cuteness. They are 2/3 of the band Flying which was scheduled to open, but transportation issues forced a change.

Beep said…
deerhoof rocks. how funny i was making that compilation mix while you watching them live. lamda lamda lamda.
11/17/2008 9:53 AM