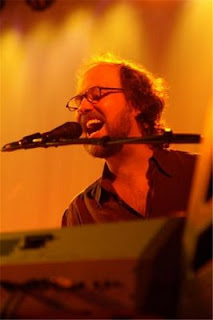 The gang at Phish.com gave us a sneak preview of Page's show at Lupo's with PBS (George Porter Jr., Russell Batiste Jr., and Brian Stoltz). Check it out...

All four shows from this Fall's mini-tour are now available for purchase in digital (FLAC and MP3) and CD formats at http://www.livephish.com/.

On November 2, 2007 during gig at Burlington, Vermont's Club Metronome, Page McConnell joined PBS (George Porter Jr., Russell Batiste Jr., and Brian Stoltz) on stage for part of their scheduled performance. The energy that Page brought to the Trio that night created an immediate buzz among local live music fans and the show took on an instant
legendary status.

Fueled by the positive chatter and the chance to collaborate with three incredible improvisational musicians, in September of 2008 Page McConnell joined PBS for a handful of dates which are all now featured at livephish.com. Page also performed with PBS at the 2008 New Orleans Jazz & Heritage Festival. Page and Russell have a musical history - playing together in Vida Blue, a band that Page formed in 2001.