Weed News: The War on Pot = War on Young People 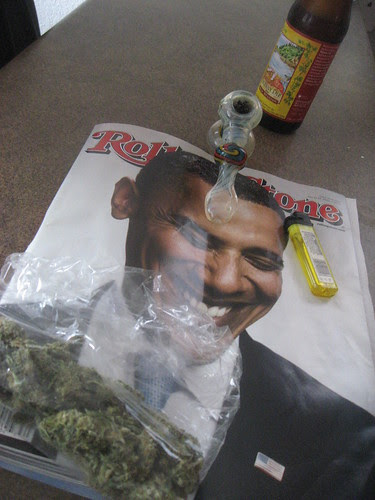 Check out... The War on Pot Is a War on Young People by Paul Armentano (AlterNet).

It's an transcript of a sobering lecture which mentions that 3 out of 4 marijuana arrests happen to people under 30 years old.

The war on pot smokers is really a war on you.

According to a 2005 study commissioned by the NORML Foundation, 74 percent of all Americans busted for pot are under age 30, and 1 out of 4 are age 18 or younger. That's nearly a quarter of a million teenagers arrested for marijuana violations each year. To put this bluntly, we now have an entire generation that has been alienated to believe that the police and their civic leaders are instruments of their oppression rather than their protection.

Strawberry Shortcake mentioned this article to me a couple of weeks ago. I finally got around to linking it up.
Labels: marijuana Weed News