Skip to main content
Labels
Posted by the joker November 24, 2008 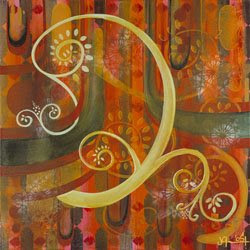 image: jgarcia, NYE 2004
My buddy jonas0tto started a thread on the "purple bored" the other day and it has exploded with a lot of links to old STS9 shows. I have enjoyed listening to the stuff from 2002-2004. I think that 2004 is my favorite era of evolution in the Sound Tribe Sector 9 world. STS9 from 2004 is a totally different band than they are in 2008, much more chill and beautiful than the in your face gangster shit they are pulling now. Back then the had crystals on stage and were heavy into the Mayan calendar. Check out the original thread for a ton of shows, but here are a few shows that I have been enjoying...

sorry to butt in, but I just wanted to squeeze two things:

1. Thank you so much for posting this. I went to that Soundtest show both nights, and the second night was definitely my favorite. STS9 were so amazing... I bought their CD and it was my most listened one. Until one day 3 years ago I left my CD case on my rooftop and drove away. It was devastating, ever since I've been looking for these.

2. Unfortunately you posted same link for both nights, so I went and found the second part of that show: