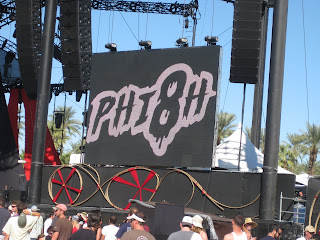 After a ton of speculation regarding whether or not Phish would continue their Halloween tradition of covering an entire album start to finish (and how pissed some of us would be if we paid top dollar for a ticket only to watch them NOT do it), Trey Anastasio confirmed in an interview with the Los Angeles Times that Phish will indeed be continuing the tradition they started back in 1994.

Trey didn't tip his hand at all in terms of their choice of album, but did offer this hint:

“This year,” he said, “this one’s for me. The one we picked, I’m going to get more out of this as a musician than I ever have before. Three songs into it, I called everybody and told them, ‘None of the other ones -- I wouldn’t think, hopefully -- will have nearly the effect on my playing this one’s going to.' ”

Start your speculation in the comments!
Posted by change100 at 4:20 AM

I smell 'Lamb' with mint jelly

Because of his comment and the fact the show is in NJ - I am feeling "Born to Run" for Trey's childhood hero, Bruce.

Physical Graffiti!!!!! I've been calling this for almost two months now... It's time for Led Zeppelin!!!

I will help you find and install the best Halloween music. mp3 download sites are the places people trust to use to install music. Be appreciated and the best quality. https://mp3tomato.com/