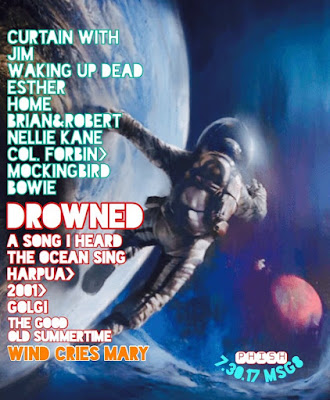 The entire MSG run will be webcast at LivePhish. 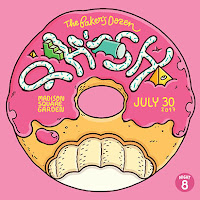 Sunday Donut: Jimmies... We called them Sprinkles in NYC, but New Englanders called them Jimmies... Never miss a Sunday show, but this was definitely a weary crowd, especially for the lucky ones raging their 8th show in a row... I felt my age for the first time all run on Sunday morning with an achy body, but knew I had the next day off, so I kicked into overdrive... Found @LawnMemo, who sported a tuxedo for his 100th show... Had a solo ticket in 101. Sat with fun crew of San Francisco burnsters (hipster+burners)... Curtain With opener set the table for an old-school first set... Runaway Jim first nod to Jimmies theme... Waking Up Dead the lone turd in the entire show. Alpha-femme burnster said, "I have nothing but gratitude and love for Phish, but that was Waking Up Meh!"... Esther bustout. That is Phish's equivalent to St. Stephen in that the Dead dropped it from the rotation because it was too hard to play. Only 9th Esther since Trey's birthday in Vegas 2000... Noticeable mini-jam at end of Home... Forbin's > Mockingbird revealed "The Walrus was Jimmy"... Patient Bowie closed out the first frame... Set 2 blasted off with 40 minutes of Drowned > ASIHTOS... Got lost in Drowned jam no less than four times. Brown donuts from the previous night had not worn off. Drowned jam glazed with astral psychedelia... More sideways jamming in ASIHTOS. Shit got dark and dirty as a wave of dissonance swept across the stage... Everyone anticipated a Harpua cameo at Baker's Dozen. MSG's roof rattled at the opening notes. Harpua centered around Trey and Gordo sitting down to discuss the "universe is a donut" shtick. Thought they'd squeeze in a few Jimmy/Jimi covers in Harpua, but instead kept it short and sweet before veering off into a space odyssey... Excepted Phish to save 2001 for a space-themed night, but it snugly fit with Harpua/donut universe concept... Golgi energy booster, like they needed to get the crowd any more jacked up?... A capella Summertime closed the set... Which Hendrix cover would we get? Instead of Axis: Bold As Love or Fire, Phish debuted The Wind Cries Mary to close up the Jimmies theme. After exploring the farthest corners of the universe in set 2, spaceship Phish touched back down to Earth with a mellow and soothing rendition of Mary... Echoing the words of my new Burnster friends from SF, "Gratitude. Nothing but gratitude!"... 8 down, 5 more to go.

These droids have jimmies:

Thanks! I'm also looking for some Coconut droids. Any help?

Here's a lovely bunch of coconuts for you:

Delicious! Those coconuts are perfect! Thanks!

You are hardcore Pauly. I would've collapsed by now. The music on this run has been stellar every night so I'm sure that makes it a bit easier on them old bones. Rock on.