To Tour Or Not Tour? Misdirected Manifestations

So I'm drinking a bottle of wine on Tuesday night, and being the week before tour, I thought that I would throw on some 3.0 I'm still not quite sure why I put on a video of the first set from Hampton. This was a very dumb move. Halfway through Fluffhead, and I'm suddenly trying to plan a last minute trip to hop on tour at Bonnaroo. I bought an automatic feeder and waterer for my cat. My old cat, I just would have taken with, but the new one's a spaz, and I don't think she would handle lot or a raging campground particularly well. I've bought gas, a pack of cigarettes, supplies to make hummus, and a screw top gallon of water. Swinging by an ATM is more encouraging that I expected it to be, so I took out as much as it allowed. I found a $90 ticket on craigslist, the guy says it's spoken for, but he'll let me know if it falls through. It did, just after noon the next day, not long after I accepted that I simply couldn't pull the trip off. In my excitement, I hadn't realized that the reason that there was too much money in my account, was because there was too much money in my account. My health insurance hit my account Monday night. Sober, the next morning, this thought did run through my mind and I went down to the bank to find out. Redepositing the money necessary to stay in the black left me with $257. Even with a $90 ticket, it just wasn't enough. The truth is, it was. It was BARELY enough. Enough to get me to the first stop, which would then leave me starting out from scratch, slinging grilled cheese, beers, mixed drinks, you know, tour on the cheap. But apparently, sober me isn't quite as impulsive or ballsy as half-lit me, which has nothing on younger me. Fuck that guy, right?

A month ago, I signed on as a bartender with a local catering temp agency. Or so I thought. One Friday morning, they called and asked how I felt about graveyard shifts, and would I be willing to work 10-8 that night? One of the little casinos up in the mountains of Colorado needed an overnight barista to make lattes and paninis. I haven't had discretionary income in a couple of years now, so naturally, I said I would be there. They love me up there, mostly because I'm not an idiot and I know how to multitask when it's busy and how to entertain myself when it's not. I read a novel a weekend. Anyway, it turns out the job is heavy on the paninis. Actually, that's pretty much all it is. I grill a lot of sandwiches for wasted people in the wee hours of the
night. That's right. Tour started this week, and I'm making grilled cheese all night... in a casino. I'm making grilled cheese for grumpy drunk people instead of making grilled cheese for ecstatic spunions. Why yes, I do know that this is definitely not where I'm supposed to be right now. I thought about working for a couple more weekends for an extra paycheck and heading up to Deer Creek and Alpine Valley, but, that's the weekend that my dad's side of the family is getting to Colorado for a weeklong family reunion. I've been planning my summer around it. It's the reason that I wasn't planning on any June touring. So I'm being a grownup, and not quitting a job to hop on tour. Hey, I have my reasons. Whatever. That's not why I started writing this. 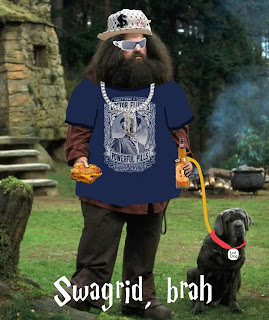 Friday night... I'm at work, and the classic rock soundtrack (a massive mix, with good songs by Chicago, Neil Young, James Brown, and some deeper Led Zeppelin cuts, clearly made by someone who actually listens to music) suddenly throws out Hold Your Head Up. I've worked 70 some odd hours at this place, and there have been no songs that Phish covers. Ouch. I start laughing to myself. What's next, Boogie On or Peaches? A few hours later, my answer was actually Godzilla. Okay life, I get it. I'm stewing on it, but I'm dealing. What I wasn't prepared for, however, was Back on the Train at 7:15 this morning while I'm waiting for my replacement to arrive. I mean, over the course of eight overnight twelve hour shifts, this is the second song I've heard that was written in the last ten years. What the fuck, life? I know that Phish is on tour. I know that they're playing the tenth anniversary of the first Bonnaroo, which was in so many senses, a life changing event for me. I know I could have pulled this off if I had tried sooner, but I haven't had steady work for reasonable pay in something like three years so no, I didn't.

Anyway, I'll see you all on leg two.


This special guest post was written by our god friend Ziggy S. from Colorado.
Posted by Marco S. Quandoles at 4:20 PM