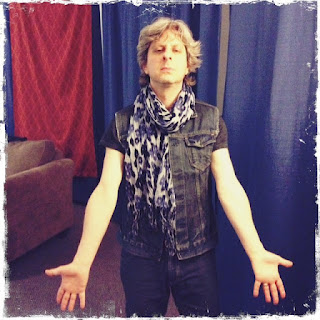 I was rocking Couch Tour for the start of 2012 summer tour. I prefer to show up fashionably late to mostly everything, especially Phish tours because it takes a show or two before the boys get cooking. This is just a historical fact; it's not easy to walk onstage after a five month hiatus. Heck, Phish only played four shows in the last nine months. After getting shut out of Worcester lottery, I made the easy choice to skip the first three shows, especially Bonnaroo, and jump on tour in Atlantic City. I have a less-than-stellar opinion of Phish's appearance at major non-Phish music festivals (Outside Lands, ACL, Bonnaroo) when they crank out greatest hits as safely as possible for a mixed crowd of curious indie hipsters and hardcore heads.

I was literally sitting on my couch in California and seriously multi-tasking -- listening to the stream (thanks to the gang at Phish Twit), grinding Twitter, frantically writing an article on Euro 2012 with a deadline looming overhead, and trying to watch the NBA playoffs because I had a bet on Miami getting two points in Boston.

Anyway by the end of the night... I won my bet, cranked out a first draft of a soccer article, and got totally excited about summer tour. I'm not the type of person who gets lost in anticipation of a future event because I prefer to live in the moment as much as possible. Alas, I was engulfed in a rare wave of giddiness about the fact I'll be on tour in a week and wandering around aimlessly in the lot. The first time I became totally bummed was when they busted out Torn and Frayed (only the fifth time the song from "Exile on Main Street" was performed). It's one of my favorite cuts from Exile and has been the one cover that has eluded me in 2.0. It's been my white whale that I only came across at Festival 8 and Superball. I skipped Cincy '09 and Augusta '10, and to my dismay, Phish broke out a rare Torn and Frayed cover on both evenings.

The first set at Worcester lacked insane, melt-your-face jamming aside from a few incendiary moments during Ocelot, the only song in the first set that clocked in over ten minutes. The rare tunes that popped up in the opening set included Nothing and Beauty of a Broken Heart. Oh, and starring in the role of the token redneck tune, the not-so frequent-anymore speed-grass version of Rocky Top (with a "Play it Leo!" screech from Trey) that punctuated the first set.

The boys opened up the jamming slightly in Set 2, yet they had flakes of rust everywhere. I found myself not paying attention to the basketball game particularly during Carini and Ghost -- both songs in excess of 12 minutes. The Carini jam spawned ambient elements which could have gone into a dozen directions, but the subdued bubbly jam morphed into Taste. The Ghost romp-jam is something I have to re-listen to ASAP to figure out what was going on during the second half of the 14-minute wispy orgy. Of course, the crowd-pleasing Harry Hood had its moments of grandeur along with a few flubs. The curveballs in set 2 included a If I Could bustout and a reprise of Buried Alive. 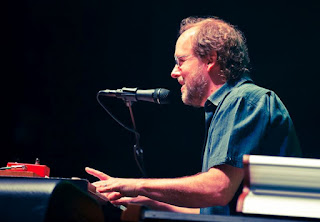 Opening night featured a slew of covers including two selections from "Exile on Main Street" -- Loving Cup (encore) and Torn and Frayed. Yet, noticeably absent were rumored nods to recent musicians who passed away -- MCA and Levon Helm. No covers from The Band and not a whiff of any Beastie Boys hijinks. A surprising version of Rocky Top ended the first set. I guess they were not saving it for local Tennessee yokels at Bonnaroo. Bob Dylan's Quinn the Eskimo found itself in heavy rotation the last year or so, and Stevie Wonder's funk rocket Boogie On Reggae Woman always gets everyone shaking their ass. By the way, the second half of Boogie On might have been some of the best groove-shredding of the night before it was cut short in favor of a baffling twist into If I Could. Oh, and one last note about Phishy covers... Trey was teasing the hell out of the Beatles' Norwegian Wood during Taste.

Only a single encore... a predictable Loving Cup. How predictable? I selected it (along with Ocelot in my four-song daily fantasy pool against the G-Vegas boys). Hey, I'm not complaining one bit about the encore -- it could have been 10000% worse -- like a Velvet Cheese queef, or a Show of Life kick-in-the-junk.

The first night of tour is in the books. Friends who got schwilly at the Worcester show told me it was an above average sausage fest, but they had tons of fun. Sounds about right. Hopefully, the remaining flakes of rust should be shaken off by the time I see my first show this summer when Phish steps on stage in Bader Field.

** Image of Gordo courtesy of @Phish_FTR, and image of Page courtesy of Dave Vann © Phish 2012.

Thanks to mkdevo for the video uploads. Here's the start of Set 2 with Carini > Taste...