Skip to main content
Labels
Posted by the joker July 07, 2010

Its back to reality for me and I'm sure most of you. We had an amazing time on July 2 in Charlotte and July 3 in Alpharetta, but its looking like those recaps won't happen.

You probably have already listened to the July 4 Phish show and seen the videos and pictures, so I don’t think I need to recap you on that.

What I do want to make sure and document is the late night dance party that happened at the Alpharetta Mariott.

Before I get into the story, let me back up a little bit and set the stage.

The Alpharetta Mariott is pretty nice by my standards. It has a large marble atrium and lots of places to sit and hang out. There are flat screen TVs everywhere in the lobby. It has a nice bar and restaurant and on July 3 & 4th it was crawling with Phish heads who (mostly) had their shit together. It was inexpensive for a nice hotel – and it was one of the closest nice hotels to the venue. 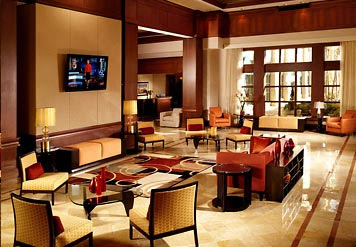 On the afternoon of the 4th it was a beautiful day and the Coventry Crew spent the afternoon by the pool. I took up DJ duties – and mostly played Yacht Rock, some songs that were patriotic (Livin' In America - James Brown, Born in the U.S.A, American Woman, etc.) and some classics like Michael Jackson or Bust A Move.

The pool was full of Phish heads and we had a great time. Everyone had a smile on their face and I got many thank you's and high fives for DJing. It felt good.

----
The show was epic, as you know. We watched fireworks in the lot and talked with fellow fans.

Broseph drove Jules, Strawberry Shortcake, Dr. Pauly and I back to the Hotel and I was blaring Play That Funky Music White Boy as we pulled into the unloading drive/car port at the front of the hotel. There were about 40 phish heads standing outside in the car port mingling, drinking and smoking. As we pulled up the music got everyone dancing. I was recognized by some as the DJ from the pool party that afternoon and I let the song finish as we unloaded our car. There was a loud “Awwwww noo!!! Keep playing music!” from the crowd as I unhooked my iphone from Broseph’s car stereo. 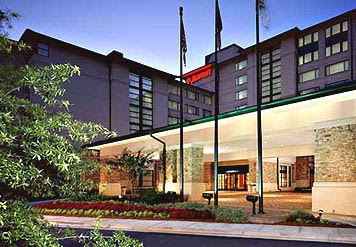 “Listen everybody,” I announced to the crowd. “Im going to go upstairs and collect myself for a few and I'll be back down to play music. Don’t go anywhere! See you in 15 minutes!”

Cheers. Applause. I went upstairs to our room, changed my tshirt and cleaned up a bit. I grabbed some beers and the boombox and headed back downstairs.

Once I set up the boombox the party was on. There were about 40-50 kids dancing and mingling outside the front door of the Alpharetta Mariott. We were drinking beers, smoking bowls...someone (not our crew) even lit up some deemsters. It was a party.

Security left us alone for about 45 minutes. At this point it was probably 1:30 or 2am. A tall, easy going security guard came over and talked to me in a respectful and apologetic tone:

“Hey, im going to have to ask you to shut it down. We have had some complaints about noise, as im sure you can imagine. Its late and people are trying to sleep. Please turn off the music.”

“Sure, I understand. We are being loud,” I replied. “Let me ask you this, is there somewhere else that we can do this? Out in the parking lot or something?”

The security guard was not expecting this question and paused a moment in thought.

“Yeah, I guess...If you want to go out to the back of the parking lot..And its far enough away you aren’t disturbing the other guests...I have no problem with that.”

I made a quick announcement to the group that the party was going to change locations. I grabbed the boombox while The Humpty Dance echoed under the car port. I was like the pied piper leading the spun out Phish kids into the lot. I found a grassy median in the middle of the lot and set up the boombox on a nearby pickup truck. The manicured grass and trees actually felt like an upgrade.

The party continued. Broseph set up shop on the perimeter – he quickly realized several denizens had run out of booze and was selling our beer out of a cooler.

A little while after we changed venues a firework was set off at the other end of the lot. It was not set off properly and landed on a parked car in a burning flash. A few minutes after the errant firework went off I was again approached by the tall and friendly security guard.

“Just want to let you know that it might be a good idea to shut it down. Someone set off that firework and it burned a car; the cops have been called and are on their way. I don’t have a problem with you guys, but the cops are coming to investigate this and no doubt you are attracting attention to yourselves being out here.”

Again I turned down the music and made an announcement to the group.

“The cops are on their way to investigate the firework that went off. They will probably stop by and talk to us. We are going to continue the party, but if you have any thing you shouldn’t have...this is your heads up!”

At this point I took some of my own advice and made sure there was nothing illegal on me.

Just like the security guard said, an Alpharetta Police squad car pulled up in the parking lot right by the pickup truck where Broseph had set up his beer business and I had set the boombox.

A lone police officer got out of the car and I walked over to talk to him. A few of the Coventry Crew and friends were also by my side.

mikey freshh said…
i will never forget how everyone started busting some serious moves when the joker started blasting tunes out front of the lobby. an exclamation point on a week that will become the stuff of myth and legend!
7/08/2010 4:50 PM