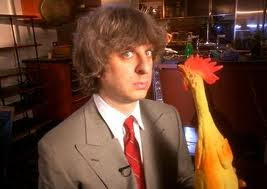 While Phish is on their winter break, Mike Gordon is also getting his band on the road and playing a few gigs in March including a slew of shows in Colorado and a duo of gigs for the hipsters in Brooklyn.

For more info about tickets, head over to Gordo's site.


So when are Fishman and Page gonna get together and do their own two-man side project? I was gonna say that McFish sounds good, but Fishman already has one band named after that part of his surname. So how about "McMan" as a side project with Fish and Page?
Labels: Mike Gordon Band