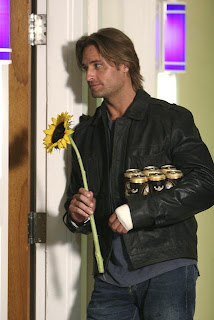 Last night's episode wasnt mind blowing, but I did enjoy the Sawyer/Miles detective story. I would watch a buddy cop show about the 2 of them after LOST is done.

Here is this week's setlist:

As always, join Ryan and I over at Hidden Track for more thoughts and discussion. Can't wait for the Richard Alpert backstory next week!
Posted by the joker at 4:20 AM

Email ThisBlogThis!Share to TwitterShare to FacebookShare to Pinterest
Labels: lost