Summer Tour '10 Thoughts From The Joker 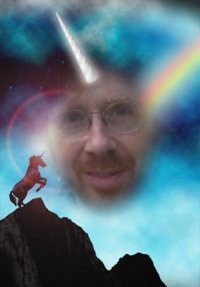 Yesterday afternoon and evening was fun. I balanced watching my favorite TV show LOST with a flood of emails, texts and phone calls from my favorite people on the planet all planning summer tour.

I wanted to share some thoughts with you now that we all have had some time to digest the tour dates.

Last year the summer tour was released in 2 parts. The June dates and Bonnaroo were released, but there was nothing definite beyond that. As a result, I did a lot of the first leg last year, hitting Jones Beach #3> Great Woods> Camden> Asheville> Charlotte> Bonnaroo. After my first leg was planned they released a second leg of dates and I also was lucky enough to hit Red Rocks x4 as I live in Denver, along with the Gorge shows. Pretty much last summer was awesome on many levels.

This time we get to plan the whole summer all at once. I don't have much interest personally going back out East this time. I am not fond of the Hartford, Camden or Great Woods venues as a traveler from the West. I will say, though, if you are someone working or going to school in the North East you should be excited for the first half of tour.

I am excited for the end of the first leg, getting down + dirty in DiscoSis #1's backyard and returning to Atlanta for 4th of July. The band will be good and warmed up by then, and Phish loves an excuse to do something special for any event. I expect Old Glory to fly out of Fishman's a$$ on the 4th, at minimum. I hope my expectations aren't too high.

Last year I published some Red Rocks tips and felt like I had a little bit of an inside scoop as a person who lives in Denver and had worked at Red Rocks. This year, not so much on Telluride. I have been there before, am a Colorado resident, but beyond that I really don't know that much.

The truth is everyone really isn't sure how Telluride is going to go down. Many expect it will go off as planned, and an equal number of people expect it to be a Shit Show (that's a technical term).

I expect Telluride tickets to have a lot of interest initially and will sell out. It will be a hard ticket to get, but when it comes down to the week before the shows I think there will be tickets for everyone who wants them. Telluride is going to be an expensive and logistically difficult trip for anyone that attempts it.

I think there is a lot of similarity between the Red Rocks > Gorge shows last summer and the Greek > Telluride shows this summer. I believe the demand for tickets to the Greek will be similar to the demand for Red Rocks. I bet there will be idiots trying to trade Telluride tickets for Greek tickets, just like last summer people were trying to trade 2 Gorge tickets for 1 Red Rocks. I say idiots because it doesn't work. At the Gorge there were tickets everywhere the day of the show. I don't know if there will be tickets on the ground at Telluride, but I fully expect people to hoard tickets and people to drop out, turning an impossible ticket to get into an easy one if you are patient.

The people doing Greek > Telluride fall into a combination of 3 categories: The Ballers, The Obsessed, and the Superhuman Party People. I hope you do not attempt to drive from Northern Cali after raging 3 shows and show up in Telluride. Your eggs will get scrambled one way or another. That's a tough drive to do under any conditions, and to do it in one day and then rage 2 more shows...well you might want your girlfriend to renew her Adderall prescription. The only hope of doing Greek > Telluride involves a combination of airplanes, automobiles and good friends. I hope I can figure out a way to do it, but its gonna be a pain in the ass.

All you 'sconis, hey bub's, and hockey fans can have fun with Deer Creek > Alpine. I know many of you love that combo, but after doing it multiple times I can't say I share your love of those venues. And whats up with ending the tour on a Tues>Wed back East? Looks to me like perhaps if things fall into place we could have a tour ending festival or some more dates added. Are there still lingering rumors of a Radio City Music Hall appearance?

i giggled at that photo of trey with the unicorn horn and rainbow for some reason he also reminds me of a hobbit.

radio city music hall would be cool. Im in for SPAC my hometown venue and Hartford at least Friday night. After a mini phish run I am committed to 4 FURTHUR's. Maybe a halloween trip will be in order to celebrate my half century mark in October.

Good Lord Ive been following bands for a long time.

i was just thinking the other day that Radio City is probably my favorite live venue. I would be super pumped to see Phish there.

i also realized that the outdoor amphitheater shows, for me, pale in comparison to the indoor shows.

I guess I fall into the Superhuman Party People...but I prefer Road Warrior Status!

Who wants in on this ride...its 19 hours from the Greek to Telluride, totally doable!

A+
Would read again!

wildo- i want to come with you...but i know myself...i would be miserable for 20 hours in a car berkley>telluride...and if anything goes wrong or slows us down (very possible) then we could miss telluride. its a tough one- and done on purpose to keep people away from the greek and/or telluride.

Dont be a whore and try to do both shows. Take the safe bet and go to Telluride.

and remember... Its not just Telluride, its also Pauly's 200th show!

You guys better be there for that shit!

Good Read Joker. I hope you are right about the ticket situation because historically I have been unlucky in the lottery.

Great Post. I am def doing Raleigh thru Alpharetta, which is a hike from Atlanta btw. Telluride sounds like it will be the highlight. I'm outside looking in on that one, goddamn it, and goes further to prove CO>most of the USA.

I look forward to reading more Dr Pauly and the Joker recaps this summer. See you in NC

Well, as a hopelessly midwestern corn-fed hoosier, I'll be hitting Chi'town > Cleveland and then both Creeks. I'm with Joker on not digging on Alpine, but the Creek is fantastic, if just because of onsite camping (plus Noblesville is my hometown, so I'm sure I'm slightly biased). Thinking we'll RV it up for AllGood in July. Hoping for some more midwest love this fall. 4 or 6 shows (counting Alpine) is not much for this region. Is there still a chance of Wrigley in September?

Telluride is going to be will call only with immediate wrist bands, so the scalpers will only be able to scalp under threat of physical injury.