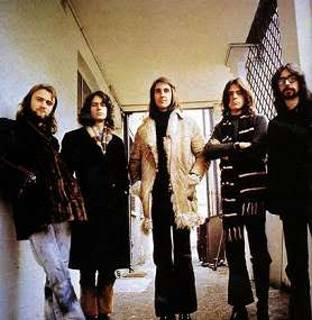 Word on the street is that Phish will be performing tonight at the Rock and Roll hall of Fame induction ceremony. Trey was tapped to introduce Genesis and now we're getting word that the Phish will be covering a Genesis tune or two. Since they selected The Lamb Lies Down on Broadway as one of their Halloween albums, the smart money is something from that album. Hey, maybe I'm biased because I had to walk up and down The Lamb Lies Down on Broadway over 87 times during Festival 8, but that seems like the logical choice.

You can few the ceremony tonight at Fuse.tv starting at 8:30pm ET.

Click here for a stealth video of Phish practicing this afternoon with some fuzzy footage of the actual band, but you can hear them OK.

And here's a pic of the soundcheck via Fuse's twitter feed... 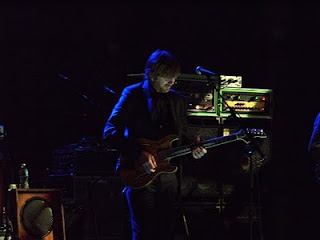 Here's a link to a photo gallery of Phish's performance. (Via Fuse.tv)

This should be interesting... Looking forward.

Thought "Watcher" was nice, but "No Reply" uninspired

The vocals for "No Reply" were awful! Clearly outside of Trey's vocals range. Why would they even attempt that?

Agreed with the vocal comments. Phil should have sung No Reply with Phish as the house band, then they should have launched into a nasty Tweezer reprise or Fluffhead (as a tribute to 80's cocaineishness) or something. I would also have enjoyed Iggy Pop diving into a table and ripping himself open on a wine glass.